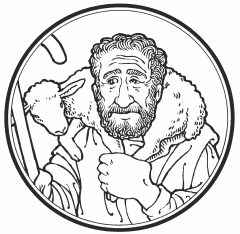 Grace, mercy, and peace to you from God our Father and from our Lord and Savior Jesus Christ, amen. The text for the sermon is the Gospel, which was read earlier.

In life, there are some things that elicit a feeling unlike any other: a nice, cold beverage on a lazy summer afternoon; the feeling of laying your head down on a nice, soft pillow after a long day’s work; getting the closest parking spot right outside the doors of Wal-Mart; and if you are a Pharisee, knowing that you are better than someone else.

As Luke begins this account of Jesus, tax collectors and sinners are coming to hear Jesus. The Pharisees grumble to one another: “This man receives sinners and eats with them.” You can almost hear the disdain in their voice for these people coming to Jesus. In reality, you can almost hear the disdain in their voice for anyone who is not a Pharisee, since they are the only ones who can keep the Law of God. They knew that they were better than anyone and everyone else. If there was any doubt, all you had to do was ask them and they would be more than happy to tell you that they were going to be saved because they kept God’s Law while you did not keep it. However, the Pharisees and scribes who were gathered there that day were about to receive a different message from Jesus than which they knew and practiced.

Our Lord does what He does best when confronted by large crowds: He tells them a parable to convey His point. This instance is no different. Rather than point out a person’s sins or seek to publically shame someone, Jesus tells them a parable, a way to insert them into the story without using them personally. Here Jesus tells two parables. They both share a commonality: lost items. The first is about a lost sheep and the second a lost coin.

In the first parable, a man has 100 sheep. A shepherd having a flock of 100 sheep was quite normal. It also marked him as being moderately rich. One sheep from the flock goes missing, leaving the man with the remaining 99 sheep. 99 sheep still leaves the man with a nice income, but 99 sheep isn’t what he desires. He desires the 100 sheep that he originally had and so he leaves the 99 to go searching for the 1 that is lost. That such a shepherd would leave his flock in open country in search of one lost sheep seems a bit unrealistic, yet that is what Jesus tells those gathered around Him.

The description Jesus gives of the shepherd joyfully returning home carrying the lost sheep on his shoulders is heartwarming. Everything is made right in the world of the shepherd again. He invites his friends to celebrate with him over the lost sheep being found. There is no mention of the remaining 99 sheep out there in the open country. All attention is focused on the one lost sheep. The point of all of this comes at the end of the parable: “Just so, I tell you, there will be more joy in heaven over one sinner who repents than over ninety-nine righteous persons who need no repentance.”

As Jesus launches into the next parable of the lost, the scene changes. The subject is no longer a moderately rich shepherd but a poor woman. The theme is the same: something is lost, this time a coin. The term used for coin here denotes a silver coin worth about a day’s wage. Imagine losing your paycheck for a day and the length that you would go to find it. This woman does the same thing. The result is the same: the lost coin is found and she calls together friends and neighbors to rejoice in finding it. The fact that she would search so diligently for the lost coin is not surprising to us. The fact that she invites people to celebrate that she found it is a bit much. The message of Jesus is the same as before: “Just so, I tell you, there is joy before the angels of God over one sinner who repents.”

The Pharisees know that these parables must be directed against them, for they have no need of repentance. They know they have rejected God’s plan of salvation in Jesus. But what about us? Who are we? Are we the Pharisee secure in our own salvation or the sinner desiring repentance? If we are the Pharisee, then these parables are for us, to show that our salvation cannot be attained by our adherence to the Law or by anything that we do ourselves to win salvation. If we are the sinner, then the parables are for us as well. In them, we see the lengths that God goes to in order to redeem His creation, going all the way to the cross to redeem those who are lost in their sins. That’s you and me and all of creation. Our Lord goes to the ends of the earth and back, going to the cross and the depths of hell in order to win for us salvation. He took the burden of your guilt on the cross and paid for it with His blood. Then He swept you clean from all your sins by washing you with water and the Spirit. He lit the lamp of His Word to shed His light upon you. For He also sent His Spirit to give life to your dead soul by His spoken Word. So He has found you and has claimed you again as His own.