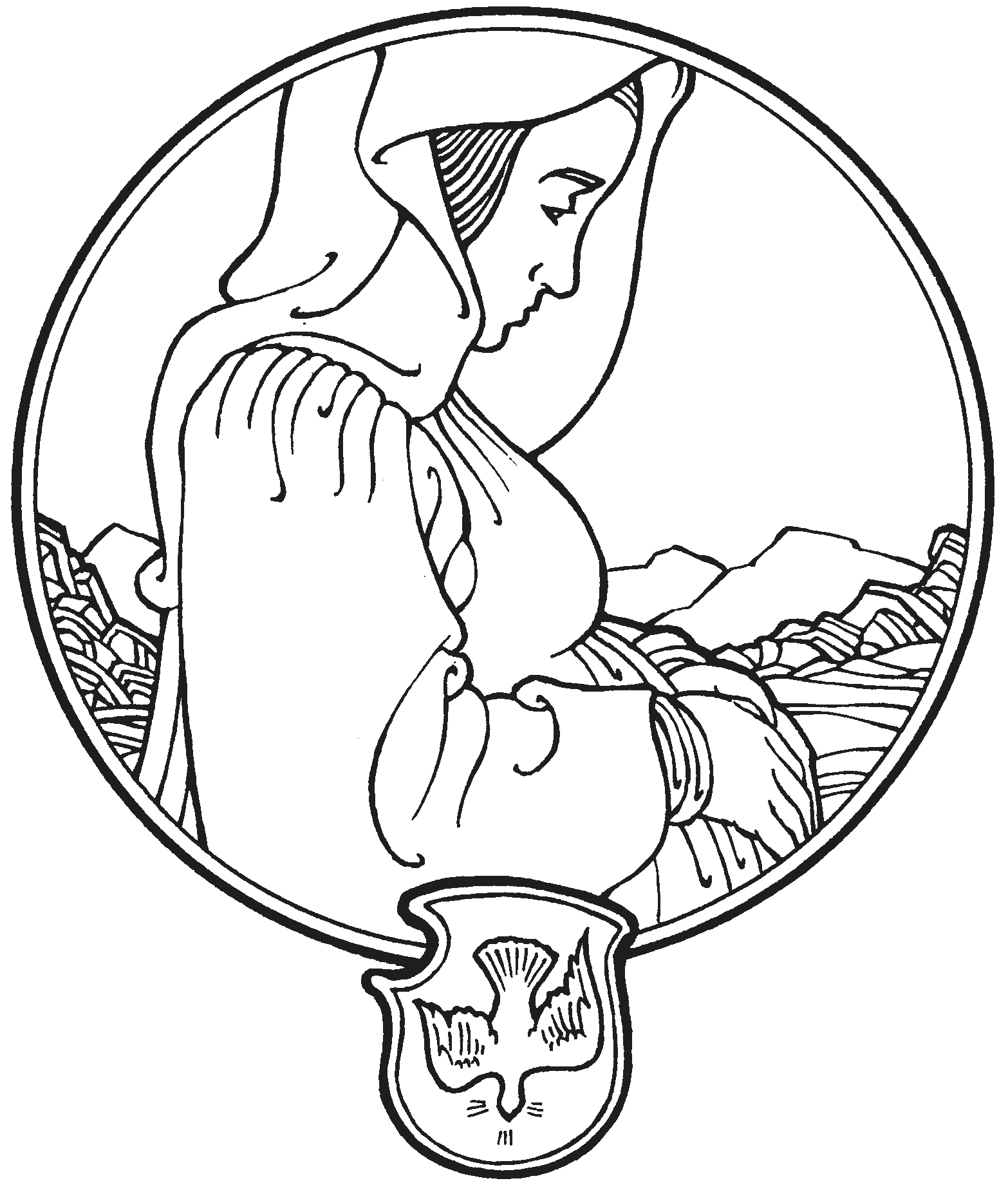 “Now the birth of Jesus Christ took place in this way.” Matthew has a very simple telling of the story of Christ’s birth. And why shouldn’t it be simple? All you need are the basic facts to tell the story. In this case, two people, a man named Joseph and a young girl named Mary. Here is a couple betrothed to be married, although not married yet. Mary is pregnant and the baby isn’t Joseph’s child. Joseph has to decide: remain betrothed to her and accept this child or divorce her.

Now Matthew could have said that Joseph and Mary lived happily ever after and left the story at that. But that’s not what Matthew does. He records an angel of the Lord coming to Joseph in a dream: “Joseph, son of David, do not fear to take Mary as your wife, for that which is conceived in her is from the Holy Spirit.” The dynamics of everything has changed. The story has changed from two lowly people having a child to the coming of God.

What wonderful news this is, though very unexpected. It’s doubtful that when Mary and Joseph woke that morning, their lives would have changed so dramatically. We’re no longer talking about giving birth to just another, ordinary, everyday child. Instead, we have God coming into the flesh. But the question remains – why. Why would God do this? Why would God in Jesus descend from heaven just to take up residence in mortal man? Again, Matthew gives us the information we need: “She will bear a son, and you shall call his name Jesus, for he will save his people from their sins.”

Apparently, Matthew has set up the problem and solution in a single verse. The problem that we face is sin. The solution to that problem would be in the form of a little baby. But one has to wonder how this baby would be creation’s answer to sin, it’s greatest problem.

The answer comes in the baby’s name, Jesus. Jesus is the English translation of the Greek name, IhsouV, a translation of the Hebrew name Joshua. Joshua is a combination of the Hebrew word for salvation with Yahweh, the name of God. Thus, Jesus means “The Lord is salvation.” The angel told Joseph the reason Mary’s child was to be given this name: “for he will save his people from their sins.” God’s Son has this name because of what He came to do. It shows His purpose is to be the Savior, to be our Savior.

But why do we need to be saved? If we are God’s creation, why does God need to do what He does? It’s because of sin that He needs to do this. We have rebelled against God, breaking His commandments, His statutes, His Law, over and over again. Our sin has caused God to destroy creation and start over again. But because sin had already entered into creation, even a redo of creation still had sin in it. There would only be one way to purge sin from creation, once and for all. It would come at the expense of God’s only-begotten Son, Jesus Christ.

Just what would this little baby born do? He would grow in the stature of a man and perform many miracles. He healed diseases, cleansed lepers, cast out demons, raised the dead, gave sight to blind. He forgave sins and called sinners to repentance and new life. Ultimately, He was killed by those who rejected Him, but in this He gave His life as a ransom.

Looking back through the centuries, we’ve seen the truth that God’s plans often seem to catch us off guard. He surprises us again and again. Who could have been expected to think that his pregnant fiancée was a virgin? It was unprecedented. Who would have imagined that God, the Creator of the universe, would choose to become part of His creation? Who would have dreamt that He would come as a helpless baby?

Who would have thought? Those who know Him should have thought it. Those who hear His Word and trust should have anticipated it all. We should have known it from His own clear promises. But still we are surprised. And who would anticipate that this God would choose us and make us His own, that He would forgive us and renew us, and call us His children? God constantly surprises us with His gracious gifts.

What greater gift than to have the name of Jesus placed upon you. In your Baptism you were brought into a name. In Baptism you were chosen, wanted,  somebody’s. You are the Lord’s. Do you remember who you were? Before you were baptized, you were a slave to sin. Jesus said, “Everyone who sins is a slave to sin.” But Jesus didn’t stop there. “Now a slave has no permanent place in the family, but a son belongs to it forever. So if the Son sets you free, you will be free indeed.” Jesus has set you free from the guilt of your sin—not just as a freed slave, but freed with the freedom of sonship. You belong to God forever, not as a slave, but as a beloved son. “How great is the love the Father has lavished on us, that we should be called children of God! And that is what we are!”

Jesus—this is the name of God’s Son and Messiah, our Savior. Like other names, the name of Jesus indicates what this man has done and does: He saves His people from sin and gives them new life. But unlike other names, Jesus’ name continues to point to Him as Savior, because He continues to carry out His saving work through His Gospel. And because this is the most blessed work, for us Jesus remains the most blessed name. As the people He has delivered and made His own, we can confess with the apostle Peter, “There is salvation in no one else, for there is no other name under heaven given among men by which we must be saved.” For you, God has sent forth Jesus, sending forth His Son, Immanuel, God with us. Amen.