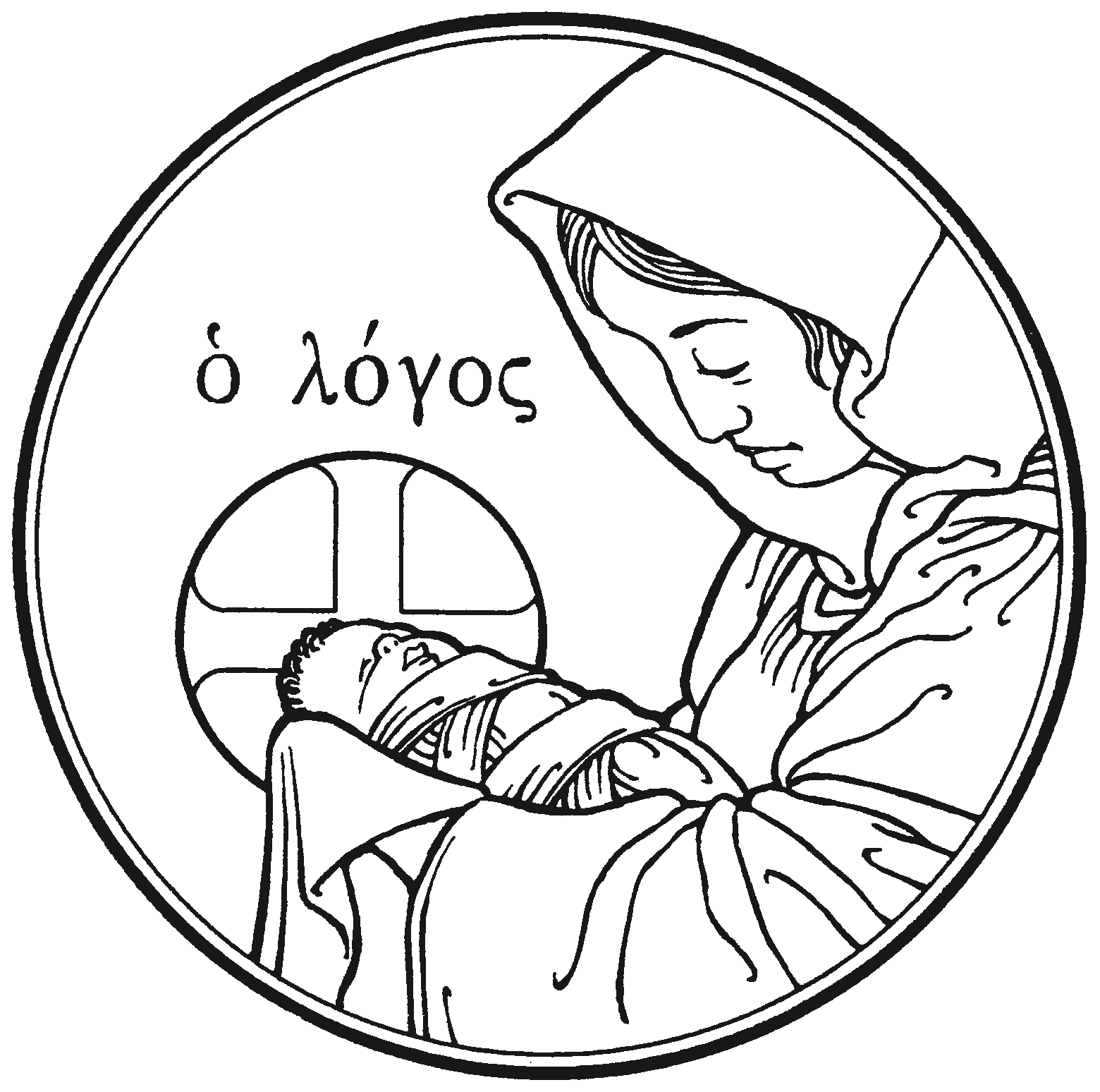 “In the beginning….” Those are famous words. Those are words that have been used for movie promotions, words to describe epic battles and matchups between opponents. These are words that transcend all of these examples because they are the very first words of Holy Scripture. “In the beginning, God created the heavens and the earth.” This morning, we hear words like that again: “In the beginning was the Word, and Word was with God, and the Word was God.” Both those words from Genesis and John share something in common: Jesus.

At creation, Jesus was present. He has always been present though we didn’t see Him. Today, Christ makes His presence known in His birth. The words from St. John in our Gospel give to us a description of Christ and His presence among us that cause us to think differently about Him.

When we reach Christmas Day, things take on a different feel than they did the day before. Here we are, fewer in number. The Christmas hype is gone, yet the world around us has shut down. And that’s an advantage for us, I think. We are not caught up in the hectic countdown that started weeks ago; we are not distracted by the secular approach to Christmas; we are able to focus on something we perhaps could not have last night due to what we have made Christmas all about: gifts. We are better prepared today to deal with the central affirmation of the Christian faith, which probably is also the central offense of the faith, namely, that “the Word became flesh and dwelt among us.”

In some ways, this is almost the reverse of what we were about last night. Christmas can very easily become an escape from the world as we know it—a flight into unreality. By means of all the traditions and symbols and activity we can translate ourselves into a world that is beautiful and fanciful, a world of dreams and emotions; a happy, harmonious world, even if it lasts only for a few hours. We are, then, in the world of fantasy, while the truest meaning of Christmas has to do with the world of the flesh.

That is exactly what happened, the Word of God became flesh and dwelt among us. Jesus Christ took on human flesh and blood and came into this sinful world. In God’s time, the time when God’s Word became flesh, when it was time to bring in the kingdom, Adam’s times, Moses’ times, David’s times, and all our times were reconciled and restored by this newborn child, Jesus. He is God’s flesh and blood promise to save sinners. God’s promise takes on flesh for you and for me.

Christians—and other people for that matter—have always had a problem with the flesh, in this case, with the humanity of Jesus. Notice how quick we are to defend the divinity of our Lord, often at the expense of His humanity. The creedal statement, “Jesus is Lord,” forms on our lips easier than the assertion, “Jesus is our brother.” The truth is that we are more comfortable with a Jesus who promises us everlasting life, a heavenly home, an escape from a world that is filled with sin and pain—a Jesus who is not really part of our blood and sweat and tears. However, Jesus is one of us in every sense of the word.

Thus we focus on Bethlehem and that tiny infant who illumined the whole world with a love that never pales. We see the Virgin tenderly holding her child, and Joseph keeping a watchful eye in that cramped stable, filled as it must have been with barnyard animals. The shepherds arrive with the excitement of children to marvel at what the angels had said and to tell their wondrous story of hearing the heavenly hosts praising God and revealing the birth of the Messiah. Through Bethlehem’s dark fields they stumbled toward the one glowing light, that baby called Jesus, whom Isaiah named Immanuel, “God with us.”

And so the light is shining in the darkness. The Savior is born this day, revealing to all His purpose: for the world to receive Him in order to become children of God. However, John doesn’t record that everything worked out that simple. He says, “He was in the world, and the world was made through him, yet the world did not know him. He came to his own, and his own people did not receive him.” Did the world rejoice that its creator came for a visit? Was there dancing in the streets? Was there a proper welcome for the Lord? Sadly, no! In fact, this very Gospel account will go on to tell us that God’s creation reacted to God’s arrival by resolving to kill Him.

But that is what Christmas is all about—God among us. That is what informs the meaning of Jesus’ death and resurrection—that He is God manifest in the flesh. Without the incarnation, there is no Gospel to hear or tell. But John begins his Gospel by immediately affirming that the Logos, the God who created all things in the beginning, now joins His creation by means of the flesh, the humanity of Jesus.

The love of God is an incarnate love; a love our God lived out in flesh and blood. It is among us; it is here, a reality. Love is not an emotion floating around. It is present in Jesus, who reached out to people—even unlovable people. He drew near to sinners; He touched people who were hurting. He touched them and brought them the forgiveness of God. That love of God has touched us and is in us.

Here is the glory of God. Here is where grace and truth are found: in the lowly One who is born of Mary, who identifies with sinners, who blesses ordinary things, who calls us to be His servants. Not to see that glory of God is to miss out on Christmas, no matter what we do on Christmas Eve or Christmas Day. To see, with John and all God’s people through the centuries, the true glory of Christmas is to recognize that God is among us in the person of Jesus, now and forever. In Jesus’ name, amen. Now the peace of God that passes all understanding, keep your hearts and minds through faith in Christ Jesus, amen.