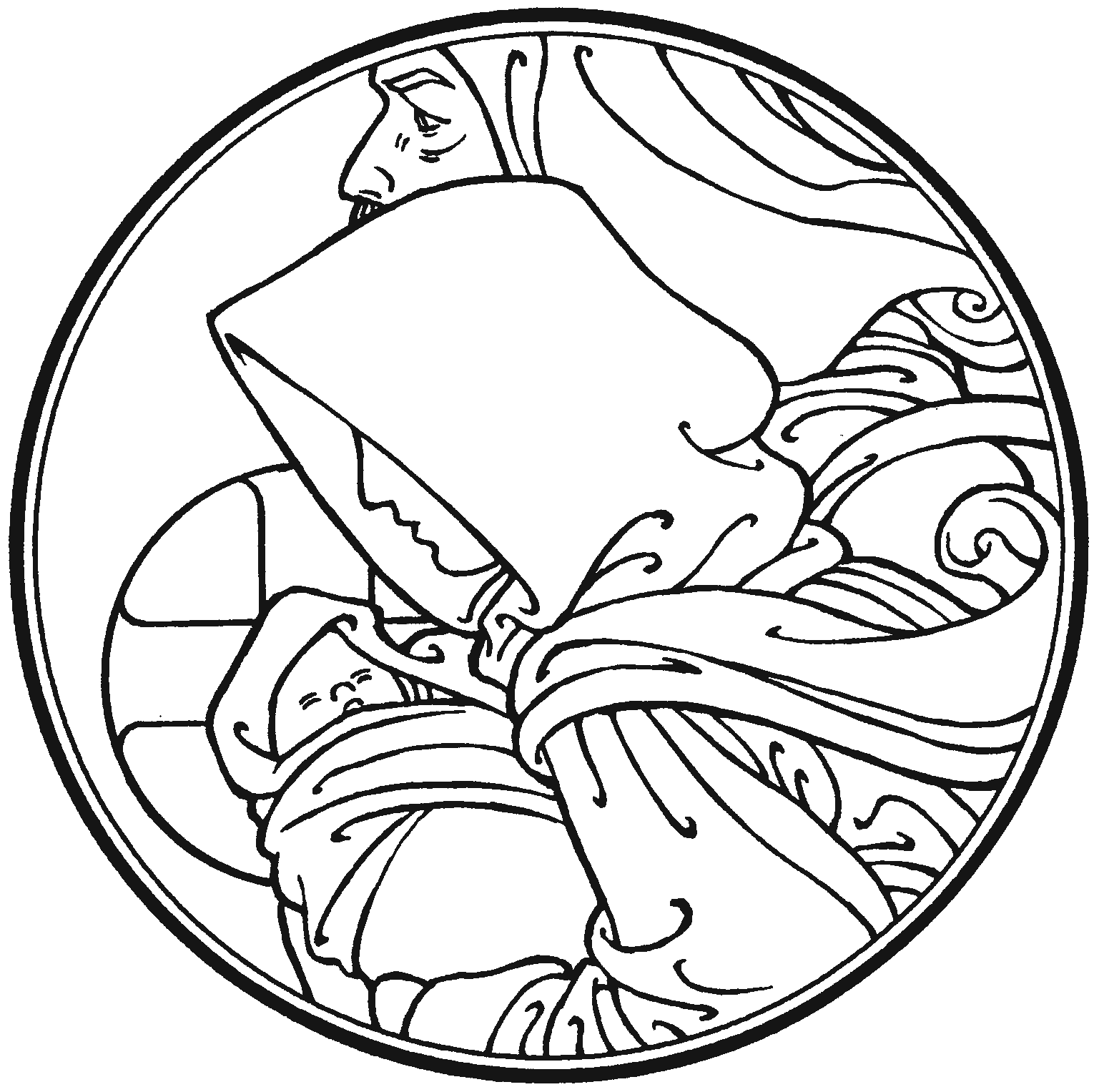 Everything seemed to happen so quickly. The trip to Bethlehem, the birth of Jesus, the angels, the shepherds, and the star; then after a short time, the wise men who like the shepherds before them, fell down on their faces to worship the baby Jesus, the Lord of all creation, the promised King. But as they say, all good things must come to an end. The angel of the Lord appeared again in a dream and warned the wise men to return to their homes without going back to Herod and for Joseph to take the Holy Family to Egypt right away.

That evening, Joseph took Mary and Jesus and fled to Egypt. In the morning, the wise men and the Holy Family were simply gone. No one in Bethlehem could tell where they were because no one knew.

After all the trouble and suffering the Israelites had endured in Egypt before the Exodus, it might seem like a strange place for Joseph and Mary to go with Jesus. But it was not strange at all. First, we need to know that Egypt had been a traditional place of refuge. Abraham had gone to Egypt during a time of famine. Jacob and his family of 70 souls took refuge in Egypt for the same reason, and they became a mighty nation there. They remained in Egypt until God led them out under Moses some 400 years later. Jeroboam fled to Egypt when Solomon tried to kill him, and Uriah also fled to Egypt. If you needed to get away and find protection, Egypt was the place to go. But there was another reason why the Holy Family fled – to fulfill what the prophet Hosea wrote: “When Israel was a child, I loved him, and out of Egypt I called my son.”

When King Herod realized that the Magi were not coming back, he reacted in a way typical of his murderous reign. According to the report of the Magi concerning the time they saw the special star in the sky, Herod calculated how old the Christ Child must be. To hedge his bets, Herod gave himself plenty of leeway and commanded his soldiers to kill all the baby boys in and around Bethlehem up to two years old. While an exact number is not known, estimates put the total number slain between 15 and 20.

A great tragedy occurred in Bethlehem because of Herod. It is a day that the Church recognizes as the Holy Innocents, for the children who were killed by Herod are martyrs just like St. Stephen, the first martyr of the Church, for they died for the faith that Herod persecuted. However, through all of this, the mighty hand of God was at work.

Here we are presented with the new Moses. Just as Moses’ life was threatened at a tender age and he had to be hidden in a reed basket to be protected, so too was Jesus’ life in danger before He was two years old, and had to be hidden away in another land so that His life would be spared until His time had come. Moses led God’s people out of slavery in Egypt; now Jesus had come to lead all people out of their spiritual slavery to the Law. There was about to be another exodus, though this time it wouldn’t be plagues, but a cross and thorns and nails. This time it wasn’t going to be one nation that would be freed from slavery, but it would be every tribe, nation, and people.

Out of Egypt, at just the right time, God called His Son. At the death of Herod, an angel appeared to Joseph instructing him to take the Holy Family back to Israel. Once in the land of Israel, plans would change for Jesus. Upon hearing that Archelaus, son of Herod was reigning, Joseph feared going to Judea. Archelaus’ reign was so bad, it would lead to his eventual banishment. Things were not going to get any better with the descendant of Herod and so an angel revealed to Joseph to go to Galilee. Again, this was not just by simple chance, but it was done according to the words of the prophets of old. Once again, at just the right time, God called His Son.

As we look at the ministry of Jesus, for as faithful as Jesus was, the Jews of Jesus’ day rejected God’s plan of salvation. They didn’t want to abandon their traditions, their man-made laws. It was difficult to accept that God had sent His promised Messiah, but that He would come in the form of a carpenter’s Son. They preferred to remain in bondage to the Law where they were comfortable in their sin rather than trust that God had sent the Messiah to free and deliver them. They didn’t trust what Jesus was offering was far greater than anything they could earn or provide for themselves.

Nothing has changed that much since the time of Jesus. Why rely on Jesus to do something for you when you can easily do it yourself? Who needs a Baptism for the forgiveness of your sins when you don’t really sin, or at least not bad enough to warrant forgiveness? Who needs Christ’s body and blood if it really is nothing more than simple bread and wine and it gives you nothing in return?

It’s easy for us to doubt God’s plan of salvation or to question why God allows things that are unpleasant or evil to happen in our world, the old “why do bad things happen to good people” question. We never have to look very hard to find an example of something unpleasant or evil, and the world is always quick to ask, “Where was God in all this?”

With all that the month of December brings with its preparations for Christmas, it’s very easy to forget the true purpose in the coming of Christ. He comes to establish peace between God and man, to restore what once was. God works all things for His glory, including the death of the innocents. In all things evil, God works to bring about His plan of salvation for the world.

Since it was not Jesus’ time to die, the baby Jesus was protected from Herod by God’s interventions. When the time was right, the Holy Family would return to Israel via Nazareth and the ministry of Jesus would begin – the bringing about of salvation for God’s people. All of this done according to God’s divine schedule, just as St. Paul says in our Epistle: “When the fullness of time had come, God sent forth his Son, born of woman, born under the law, to redeem those who were under the law, so that we might receive adoption as sons.” Salvation has been accomplished for us, for our Lord has declared, “It is finished.” Salvation has been won for you because of Jesus Christ, who came into this world through Mary, and gave His life as a ransom for many. In the name of Jesus, amen. Now the peace of God that passes all understanding, keep your hearts and minds through faith in Christ Jesus, amen.