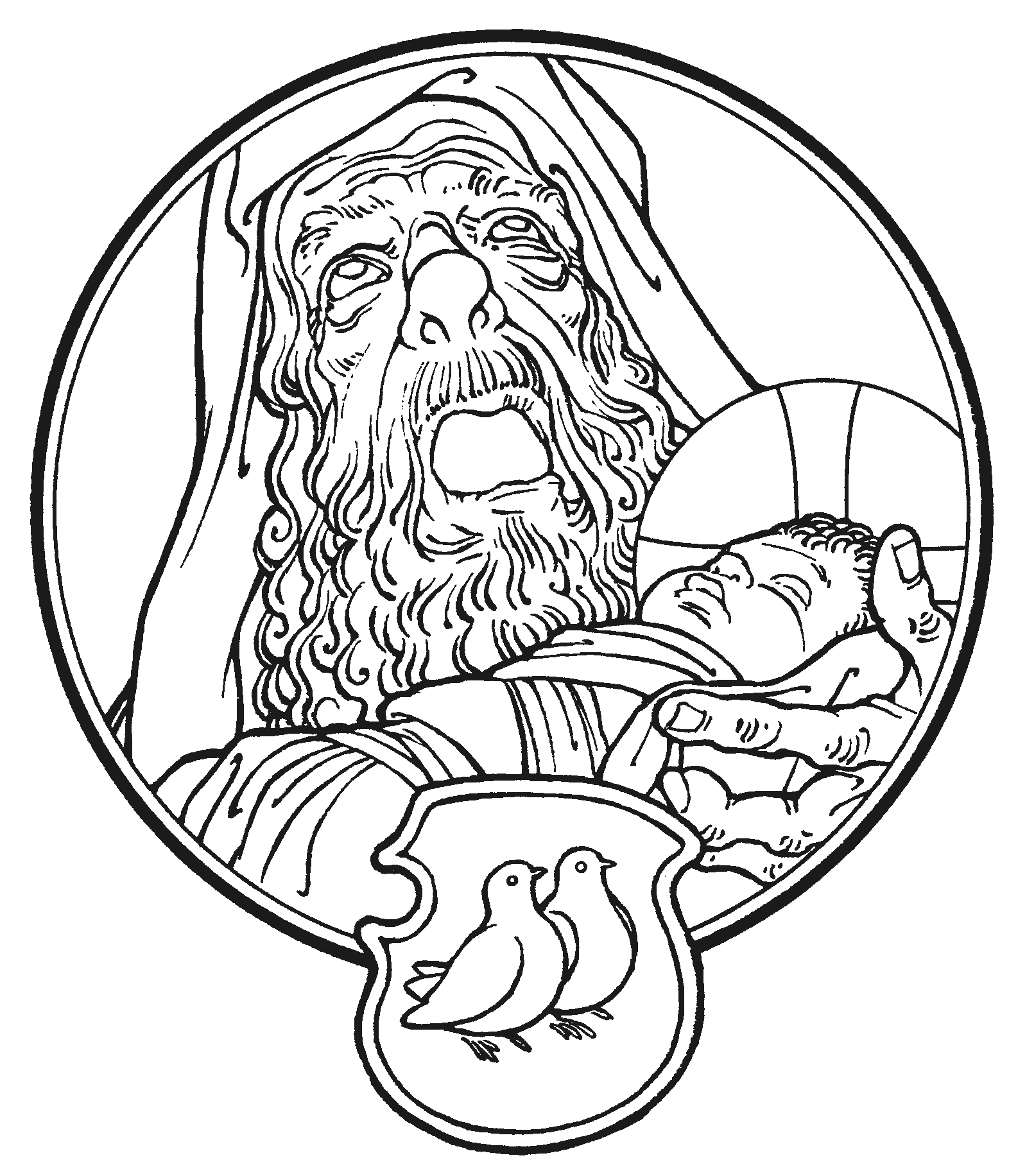 The Law of Moses is fairly clear. Concerning the first born, it states: “The Lord said to Moses, “Consecrate to me all the firstborn. Whatever is the first to open the womb among the people of Israel, both of man and of beast, is mine.”

When God freed the Children of Israel from the slavery of Egypt, He sent the angel of death to slaughter the first born of every man and animal in the land of Egypt. The angel of death only spared those households that had the sign of the blood of the lamb painted on their doorposts. From that moment on, God claimed the firstborn of every man and animal. As Mary’s firstborn, Jesus had to keep this law. The law required Mary and Joseph to bring Jesus to the temple and consecrate Him to the Lord.

The law also spoke about mothers who had just given birth. Concerning these mothers, it states: “The Lord spoke to Moses, saying, “Speak to the people of Israel, saying, If a woman conceives and bears a male child, then she shall be unclean seven days. As at the time of her menstruation, she shall be unclean. And on the eighth day the flesh of his foreskin shall be circumcised. Then she shall continue for thirty-three days in the blood of her purifying. She shall not touch anything holy, nor come into the sanctuary, until the days of her purifying are completed.”

Something ironic happens here. The temple itself is the place where God dwells with His people. That means that the baby that Mary and Joseph carry into the stone temple is, in fact, the living temple of flesh and blood, Immanuel, God with us. So Mary and Joseph are bringing the living, breathing temple into the stone temple. There are all kinds of amazing things happening as the infant Jesus enters His holy temple.

We meet two Old Testament saints waiting for Jesus, Simeon and Anna. The Holy Spirit had given Simeon a special promise: “that he would not see death before he had seen the Lord’s Christ.” Anna, a prophetess, was also ready for “she did not depart from the temple, worshiping with fasting and prayer night and day.”

Simeon and Anna provide one answer to that question. The Holy Spirit guided Simeon into the temple at the exact right time so that he was waiting for Jesus when Mary and Joseph brought Him into the temple. Anna was always in the temple, so that she was also ready when the Lord came. These two remind us that God never abandons His people, but always preserves them in His salvation.

Apparently Simeon knew exactly who he enfolded in his embrace. As he looked down into the face of this infant, he prayed, not to the heavens, but to the baby in his arms, “Lord, now you are letting your servant depart in peace, according to your word; for my eyes have seen your salvation that you have prepared in the presence of all peoples, a light for revelation to the Gentiles, and for glory to your people Israel.” Simeon’s faith was in the baby who lay in his arms.

Simeon’s service in the temple as a watchman waiting for the fulfillment of the Old Testament promises is at an end. The watch is over; the servant can retire in peace. With the eyes of faith, Simeon sees more than a babe in his arms; he sees a Savior dying on the cross; he sees salvation for all people, both Israelite and Gentile. This is Simeon saying goodbye. For him, this is a not a sad goodbye, but rather a joyful goodbye. He is able to leave this world now, not in sorrow over what may or may not have occurred, but instead leaving this world in joy at seeing the promised Christ.

How is it that Simeon saw all of this in this child, just a little more than a month old? Mary and Joseph were an obscure poor couple and Jesus looked no different than any other 40-day old male child. Simeon could see all of this because “the Holy Spirit was upon him.” He could sing this wonderful song because God opened his eyes.

Simeon had a word for Mary and Joseph as well. Simeon blessed them and said to Mary his mother, “Behold, this child is appointed for the fall and rising of many in Israel, and for a sign that is opposed (and a sword will pierce through your own soul also), so that thoughts from many hearts may be revealed.” Even in this account from Jesus’ infancy, we already see God preparing Mary for the road ahead. The Holy Spirit spoke through the mouth of Simeon to begin preparing Mary for that day when she would look upon this Son as He hung on a cross and paid for the sins of the world.

What an example of faith that Simeon had. Simeon fully believed that God was going to make good on His promise and save His people from all their sins through the Savior He would personally send into this world. Through the working of the Holy Spirit, Simeon was promised by God that he would behold the Messiah with his own eyes in his lifetime, before God would call him home to heaven. Simeon waited. He was faithfully patient, trusting that God knew what He was doing and was doing it all according to His divine timeline, working all things for the good of His people. Simeon had faith that God would work this promise and plan when the time was right. Now having personally beheld God’s all-redeeming plan of salvation in the flesh, in his arms, Simeon was joyously relieved. It doesn’t matter whether Simeon was 25 or 95 years old. He could now die perfectly happy and content, fully knowing and trusting that God was keeping His promise and actively saving His people from all sin, death, and damnation. He knew what was really important in terms of life and salvation, and he knew that he was holding it right there in his very arms.

The church today joins Simeon and Anna as we too celebrate the coming of the Lord to His people. We even join in Simeon’s song as we also have seen and even tasted the Lord’s salvation as He comes to us in His body and blood. Just as the Holy Spirit worked in Simeon to bring him into the temple to see the Lord’s Salvation, so also the Lord has given us His Sacrament so that we may also see the Lord’s salvation as we eat His body and drink His blood. So it is that the Lord will always dwell with His people and give them His gifts, gifts that come through His Son, Jesus Christ. In Jesus’ name, amen. Now the peace of God that passes all understanding keep your hearts and minds through faith in Christ Jesus, amen.