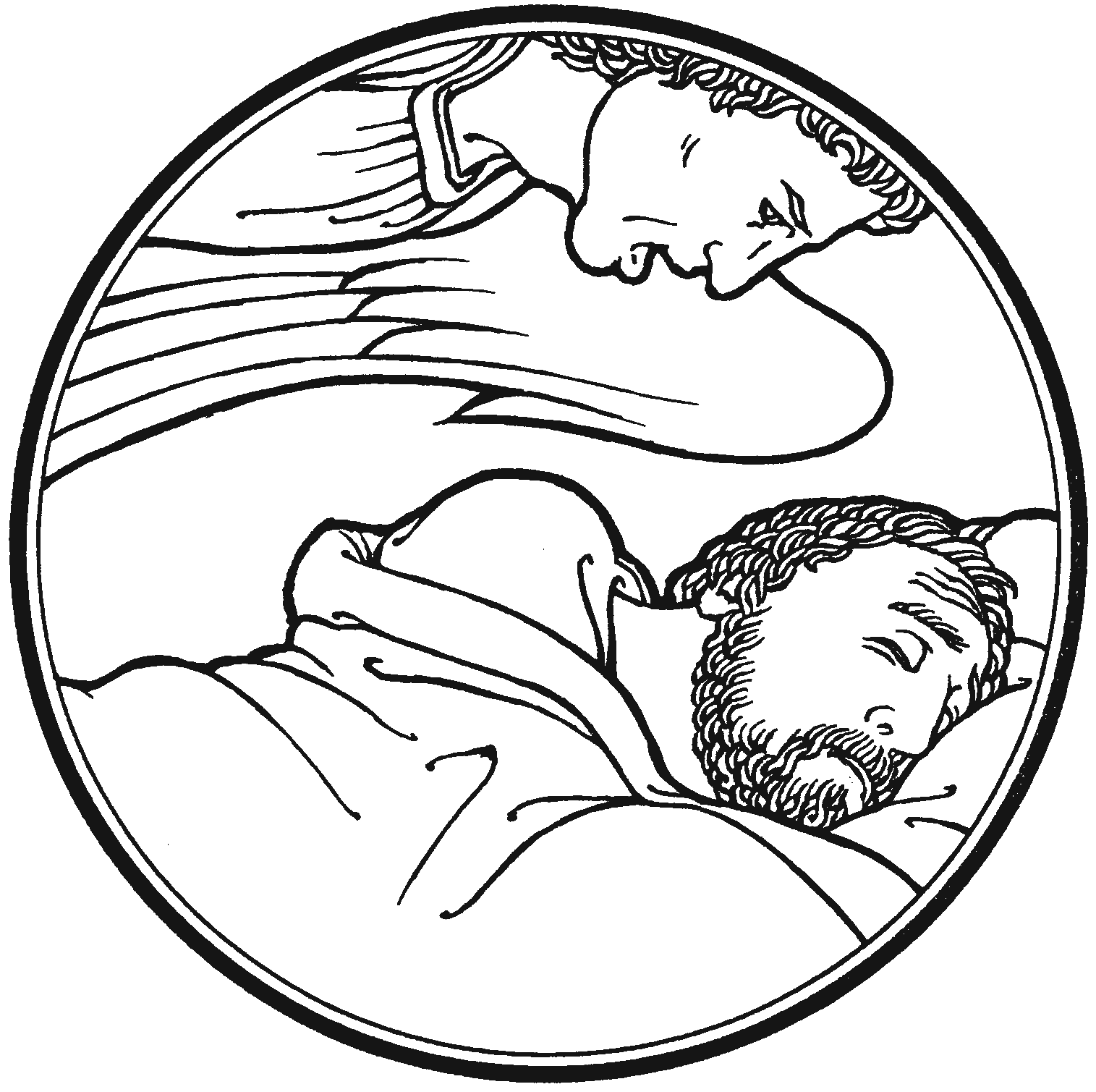 Joseph showed himself to be a godly and wise man. Even though he had been wrong and had every right, he would not shame Mary. He was set to suffer loss of his betrothed, to put her away quietly and suffer her shame because of her adultery. It was a noble act indeed, given that the law was on his side. In fact, the law stated that Mary should be put to death for her adultery. But Joseph was above that. No good comes from vengeance or making a scene. But something happens, something unexpected. An angel intervened. The Child came by the Holy Spirit, not by a man. Mary’s virginity, her loyalty, and her love to Joseph remained pure. It was not merely lip service; it was real. And things were not quite what they seemed. This child is the Lord who saves His people. He is the Messiah. “Joseph, son of David, do not fear to take Mary as your wife, for that which is conceived in her is from the Holy Spirit. She will bear a son, and you shall call his name Jesus, for he will save his people from their sins.”

Talk about a turn! No one could have seen this coming. Except, everyone should have seen this coming! The prophets of old have spoken of the coming Messiah. In fact, we heard from Isaiah a few moments ago, “Therefore the Lord himself will give you a sign. Behold, the virgin shall conceive and bear a son, and shall call his name Immanuel.” This is what the people should be familiar with. This is from the Scriptures that they have heard and learned from their youth.

Whatever the wagging tongues of Nazareth were saying, Mary had not been unfaithful. But reality rarely stops gossip. Joseph knew then that the gossip wasn’t true, but his shame, even though it was undeserved, remained. Even if the wagging tongues heard the truth, they were unlikely to believe it. And if they did believe it, gossips are always liars. They embellish their tales even when they know it is false.

But none of that matters. Mary’s supposed infidelity doesn’t matter. The tongue-wagging gossip doesn’t matter. What matters is that God has kept His promise. From a time that was known only to God of when this promise would be fulfilled, the people waited in eager expectation, never knowing but always hoping. Now, God has seen fit to send forth the Savior of the nations.

Things have not worked out the way that Joseph and Mary had planned. I’m sure they were looking forward to a nice betrothal, a wedding with family and friends and then a nice, quiet life as husband and wife. But that’s not what has happened. Mary has accepted that things are not as planned, and now, so has Joseph: “When Joseph woke from sleep, he did as the angel of the Lord commanded him: he took his wife, but knew her not until she had given birth to a son. And he called his name Jesus.”

Joseph was in a sense free – free from all that would now distract him from his mission – to take this God-Child and raise Him to see that He would fulfill His mission: “for he will save his people from their sins.”

And so, we have arrived here. We come to gather around Christ, our newborn King. We have this wonderful gift in Jesus Christ that should be our focus but yet we find ourselves focused on things of this world rather than on the gift of salvation that we have received in Jesus Christ. It’s ok; it’s to be expected because of our sinful nature. We turn to the world before we turn to God, thinking that the world will provide what we need the most – forgiveness from our sins and salvation. But the world cannot provide that. The only One who can provide salvation is God our heavenly Father, and He does so by His Son, Jesus Christ.

We have Immanuel, God with us. But on this holiest night of the year, it can be difficult to believe or accept that He is indeed with us. We lose sight of the one thing needful: to hear the Word of the Lord, the Word-become-flesh, and to be still and know He is God, our God-with-us. Stores have been crowded with last-minute shoppers, whether shopping for gifts or for the fixings for Christmas dinner. Travelers come from here and there, from near and far, to be with friends and family. And some families come to terms with an empty chair at the dinner table for the first time because a loved one has died within the past year. It’s hard to think of Jesus in the midst of our busy-ness, in the midst of our grief. It doesn’t help that the devil uses these things to distract us from Him, to not fix our eyes on Jesus. The One whose birth we celebrate tonight is our Rock, our Fortress, and our Might, our God-with-us. Jesus says to you, “Come to Me, all you who labor and are heavy laden, and I will give you rest. Take My yoke upon you and learn from Me, for I am gentle and lowly in heart, and you will find rest for your souls. For My yoke is easy and My burden is light.” And again, “I am with you always, even to the end of the age.”

You have a God who loves you: God the Father Almighty, Maker of heaven and earth. His love for you is deep and vast. Jesus says, “God so loved the world that He gave His only begotten Son, that whoever believes in Him should not perish but have everlasting life.  For God did not send His Son into the world to condemn the world, but that the world through Him might be saved”, and St. John writes, “In this the love of God was manifested toward us, that God has sent His only begotten Son into the world, that we might live through Him.  In this is love, not that we loved God, but that He loved us and sent His Son to be the propitiation [payment] for our sins.” The Babe of Bethlehem would go to the cross at Calvary and die for you and for the life of the world. He bled and died for you, and He rose again for you, that you would have eternal life with Him. Even as Jesus came down from heaven into the womb of the Blessed Virgin Mary by the power of the Holy Spirit, so also does your Lord come down from heaven into your ears by the power of the Holy Spirit working through His Word, the same Word you heard tonight in the story of your Savior’s birth, from the first promise of the Messiah to the announcement of His birth to the revealing of His incarnation and to the proclamation of Jesus being our Immanuel—our God-with-us, this holy night and always. Amen.