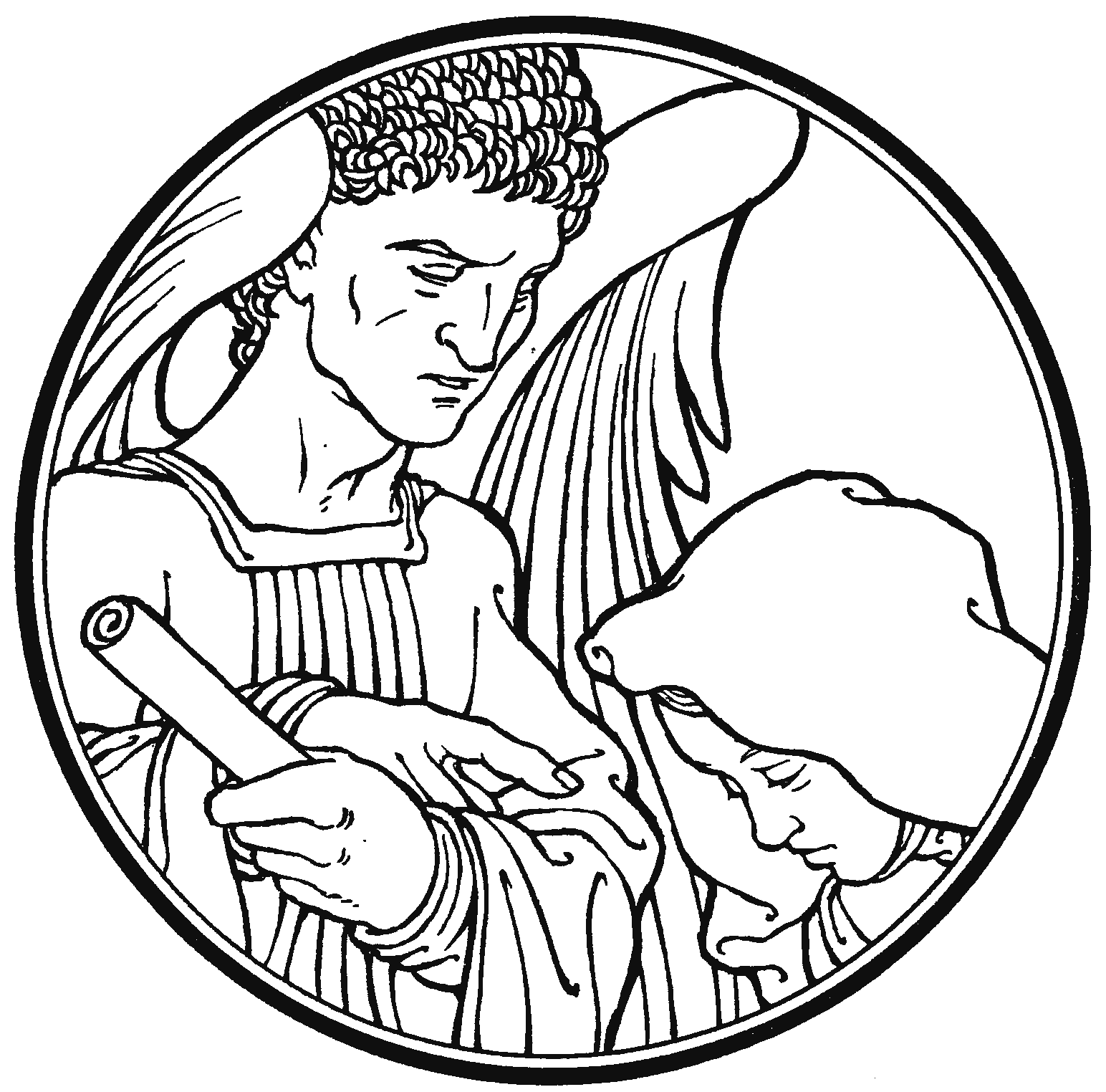 Today is a bit of a liturgical crisis. Today is December 24, known to us as Christmas Eve. But today is also the Fourth Sunday in Advent. This morning, we will focus on the theme for the Fourth Sunday in Advent, the annunciation by the angel Gabriel to the Virgin Mary that she will conceive and bear a Son. If you want to hear the account of the birth of Christ, then you will need to come to our Christmas Eve services tonight at 5:00 and 10:00.

“Do you promise to tell the truth, the whole truth, and nothing but the truth, so help you God?” “Do you promise to be my best friend, pinky swear?” We live in a world that is full of promises. Some are kept, many are broken. Where there are large amounts of money or property involved, the promises are defined in long and complicated legal documents full of mumbo jumbo to make sure there’s no wiggle room and no loophole by which one can escape the obligations of his or her problems. We can no longer simply depend on another’s word.

Even in the closest of relationships, promises are broken and people are let down, disappointed, and left feeling betrayed. Maybe you’ve been the victim of a broken promise. Maybe you’re the one who’s broken promises. Fortunately for us, there is One who makes a promise and did not fail to keep it – God, our heavenly Father.

God gives us the promises of His Word at our worst moments. At the Fall, there was nowhere for Adam and Eve to go except down. They had sinned against God. Things were not going to go well for them after God had condemned the serpent. But in that condemnation was a promise, both to the serpent and to Eve as well: “I will put enmity between you and the woman, and between your offspring and her offspring; he shall bruise your head, and you shall bruise his heel.” While God pronounced judgment upon sin, He also offered words of hope as He promised to provide a Savior from sin. He established a covenant with Adam and Eve, a relationship built on promises that God had made. That covenant extended to Israel. Even though Israel was so often unfaithful in this covenant relationship with God, God continued to act on their behalf according to the Word that He had spoken. He had made promises and had full divine intent to keep those promises.

Through Old Testament history, the promise of God continued to remain unfulfilled. The people were left waiting and waiting for God to make good on His promise. When would it happen? How would it happen? Would God go back on His promise? As one surveys the Old Testament panorama of God’s Word and promises, it becomes evident that the annunciation to the Virgin Mary is an account of God at work, according to His Word, keeping His promises to redeem fallen mankind.

“In the sixth month the angel Gabriel was sent from God to a city of Galilee named Nazareth, to a virgin betrothed to a man whose name was Joseph, of the house of David. And the virgin’s name was Mary.” During the pregnancy of Elizabeth, the angel Gabriel came to a lowly and unsuspecting virgin named Mary to deliver a message that had never been nor will ever be again: “And behold, you will conceive in your womb and bear a son, and you shall call his name Jesus. He will be great and will be called the Son of the Most High.”

With these words, one begins to get a sense that God is at work according to His Word. We have facts revealed to us from Gabriel that we should pick up on – house of David, virgin birth, the child is a son. This is what Isaiah had foretold of long ago. All that Gabriel proclaims are incredible words of promise!

What is Mary to do with this new information from an angel? Angelic visitations aren’t an everyday occurrence, and here stands an angel before Mary. It would be easy to doubt, easy to dismiss all that was told her. Instead, Luke says this: “Behold, I am the servant of the Lord; let it be to me according to your word.” What faith from a young girl! Faith that would accept all that Gabriel had declared – that by the Holy Spirit, she would conceive and bear a child. But not just any child, a son. And not just any son, but the Son of God!

In a few hours, we will hear the familiar account of the birth of Jesus. But for a brief moment, let’s lay aside all tradition and sentimentality about this event. Let’s focus on the Word of God spoken by His messenger Gabriel to Mary. In the next twenty-four hours, we will hear the wondrous account of the Savior’s birth that God kept His promise to Mary. According to His Word, even though she was a virgin, she did conceive; she did bear a Son. This miraculous event invites us to see that God does indeed not only speak a word of promise but fulfills that promise, according to His time and in His way.

By virtue of His virgin birth, Jesus shared in our humanity, but not our sinfulness. Such a perfect, Holy Savior was necessary. It was this Savior who kept the law perfectly in our place and offered Himself as the atoning sacrifice for our sins.

Here we once again see God at work to come to us – to be with us – not in condemnation, but in grace. Here we see that the same grace of God that allowed Mary to be the Mother of God is also available to us so that we can be the children of God. The Son of God who took up His humanity in the womb of the Virgin Mary also comes to us. He is with us.

The Lord Jesus came into this world for you. On Christmas, we will celebrate the fact that God and man come together in one person – Jesus the Christ, the Son of Mary, the Savior of the world. His conception by the Holy Spirit and His birth of the Virgin are the beginning of His journey to save us. During His journey, He will live a life without sin, He will teach and heal, He will suffer, die, and be buried. He will rise and ascend back to His Father in Heaven. He will do all this so that He could come to us without punishing us for our sin. He will do all this so He could be with us and we could be His favored people.

Gabriel uttered God’s message to Mary over two thousand years ago. The promise in those words has come to pass. The baby was born and Mary named Him Jesus just as Gabriel had said. Jesus kept all the promises that God had made. His life was perfect in every way. Never the less, even though His life was perfect, He suffered the cruelty of death on a cross. Because His death conquered sin, death could not hold Him and He rose from the dead just as He had promised.

Just like Mary, you are the recipient of a miracle. You have received the miracle of life and salvation in Jesus’ name, on account of Him and His sacrifice for you. You have received the gift of forgiveness of all of your sins. This miracle God caused to happen for you, for He has created you. It is by the Babe promised to a young woman named Mary that your miracle has happened: your sins are forgiven and you have been granted everlasting life. In Jesus’ name, amen. Now the peace of God that passes all understanding, keep your hearts and minds through faith in Christ Jesus, amen.