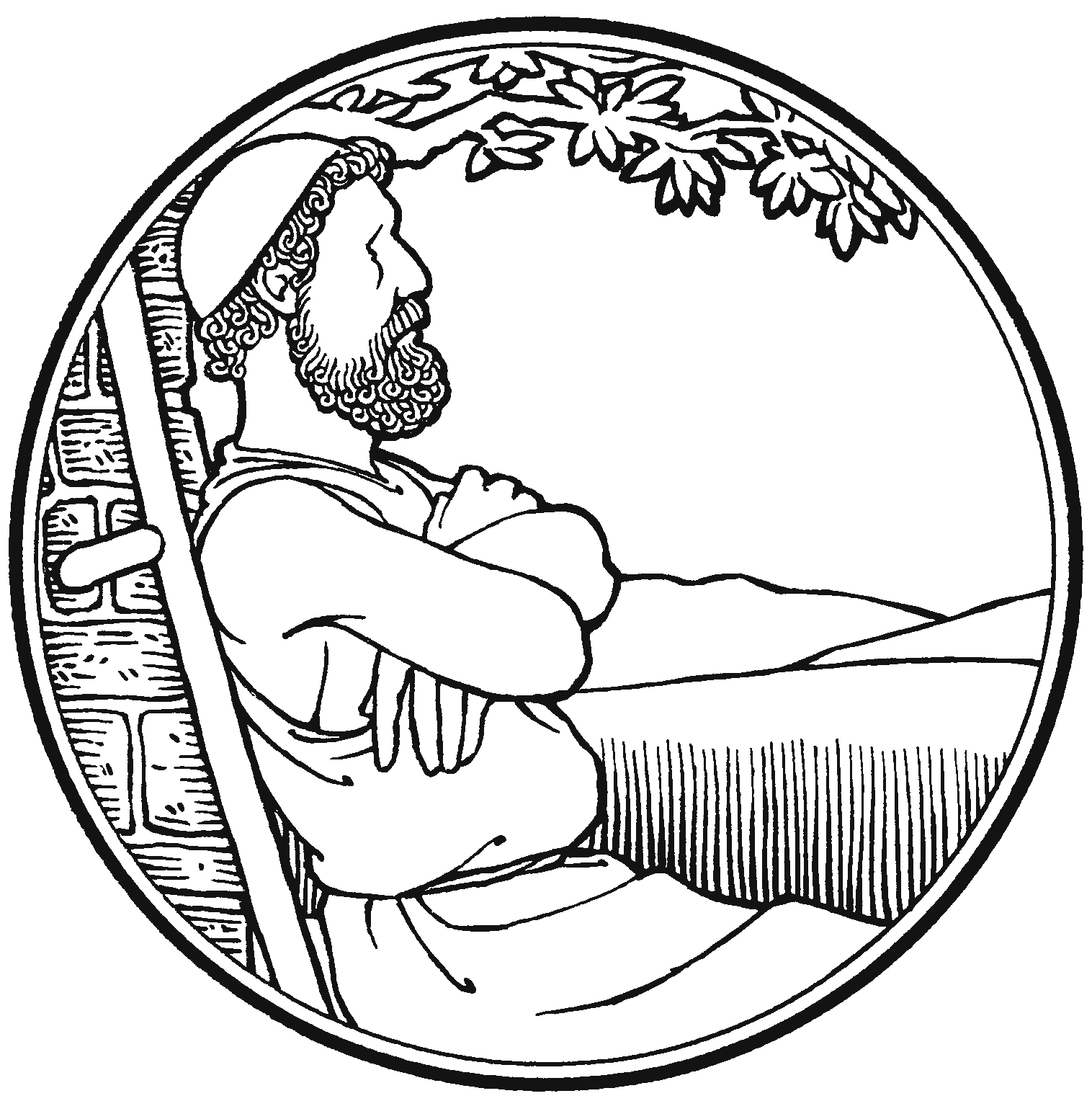 “Follow me.” It’s a very simple command. It means to come with me, to do what I do. It’s straightforward and means what it says. In other words, a simple task. That’s the command that Jesus gives to Philip: “Follow me.” And Philip does just that – he follows Jesus. Good for Philip, you might say. He listened to Jesus and did just what He said to do. And for a brief moment, you might be right.

As Philip follows Jesus, doing what Jesus has commanded, going where Jesus says to go, he finds another, Nathanael. Right now, Nathanael doesn’t seem to be doing anything, and so Philip tells Nathanael, “We have found him of whom Moses in the Law and also the prophets wrote, Jesus of Nazareth, the son of Joseph.” Unlike Jesus’ command to Philip, Philip doesn’t tell Nathanael to follow him; rather, he states the obvious – Jesus is here.

That’s great news, isn’t it? Jesus is here! Obviously Philip is happy about that news and so should Nathanael. Instead, Nathanael responds by saying, “Can anything good come out of Nazareth?” Talk about putting a damper on everything. Instead of celebrating the fact that Jesus is here, Nathanael becomes “Debbie Downer,” insinuating that nothing good can come from Nazareth, not even “Jesus of Nazareth, the son of Joseph.”

Biblically, there may be an answer to Nathanael’s question. Nazareth is never mentioned in the Old Testament. Outside the New Testament, the first mention of the town of Nazareth seems to be in the second century AD. Nathanael’s response may be a piece of flippant sarcasm in view of the insignificance of Nazareth. No messianic prophecy was associated with Nazareth. Hence, Nathanael expresses skepticism that one from Nazareth could be the Messiah, for nowhere in the Law or in the Prophets is Nazareth the origin of the Coming One.

Despite what Nathanael may think about Nazareth or this so-called Jesus, Philip doesn’t bite. He doesn’t give in and say, “Yeah, you’re right Nathanael. What was I thinking!” He doesn’t argue against Nathanael and tell him all the ways that he’s wrong. Instead, he simply tells Nathanael, “Come and see.” Once again, it’s pretty simple for Philip. He doesn’t ask questions, he doesn’t doubt. He just does what Jesus says, and in turn, encourages Nathanael to do the same.

You and I are exactly like Nathanael. We want to come up with every reason not to believe that Jesus is who He says He is. We want to come up with any other explanation of salvation than the fact that Jesus died on a cross to forgive the sins of mankind in order to redeem creation. It’s all so bloody, so disgusting, so revolting. That’s not what we want to hear, and so we seek to find a way to sanitize all of it, to make Jesus’ death more appealing and less bloody. But that’s where our problem lies. We cannot make Jesus’ death any more appealing that what is already not. There is no way to sanitize Jesus. If you want Jesus, then you need Jesus for who He is – the blood pouring out of the side Jesus, the blood rushing over you to forgive your sins Jesus, the Lamb of God who takes away the sin of the world by His blood Jesus.

With fire and Holy Spirit power, the Messiah comes, but instead of being a terrible judge, awesome to behold, He’s a lamb. The Messiah, with gentleness, heals and teaches. In lowliness, the Messiah calls disciples and raises the dead to life. Gentiles will follow Him, sinners will adore Him, little children call Him “Son of David.” The Messiah of God loves the lame, the mute, the seeing, and the blind. In humility, this Messiah touches lepers and washes feet. To be the Lamb of God means to be lowly and gentle and humble to the point of death, even death on a cross.

That’s why we are like Philip. We need that Lamb. In this world where death lords over us, we sinners long for that gentle Lamb, who is our Good Shepherd. That’s why Philip immediately leaves all and follows Jesus wherever He may go. Philip doesn’t follow Jesus blindly, but with eyes wide open. Philip doesn’t follow in the hopes that Jesus is the One; rather, Philip follows because he knows that Jesus IS the One. Philip follows Jesus because Jesus is salvation promised and salvation fulfilled.

This Jesus whom you and I come seeking week after week is the prophetic proclamation of God. With the incarnation of God and the revealing Epiphany light, the Messiah, Jesus Christ, invades the world, and the kingdom of the enemy has no chance. The silence of the prophets is broken with Jesus’ infant cries and John’s recognizing Him as the Lamb to be slain. Christ will come to save those who trust in Him, just as Moses and the prophets said. He will save them by dying for them. He will save you by dying for you. He HAS saved you because He has DIED and RISEN for you!

At the end of the day, we want, no, we need to be able to make the same confession that Nathanael did: “Rabbi, you are the Son of God! You are the King of Israel!” Such a bold confession for someone who didn’t think anything good could come from Nazareth. But that’s where Nathanael would be wrong, and that’s where we would be wrong as well. Good things do come out of Nazareth, for that is where your Savior is found. It is because of Jesus of Nazareth that you will hear, “Truly, truly, I say to you, you will see heaven opened, and the angels of God ascending and descending on the Son of Man.” For all who confess that Jesus is Lord will indeed see heaven open and will see the Son of Man. You will see the Key to your salvation, Jesus Christ.

God has drawn you to Himself and found you as well – here at the font and in His holy Christian Church. And here, when Jesus sees you approaching – every time He sees you approaching – He says, here is a true child of God, in whom there is nothing false. That is, He declares you righteous and welcomes you into His presence. In Jesus’ name, amen. Now the peace of God that passes all understanding, keep your hearts and minds through faith in Christ Jesus, amen.