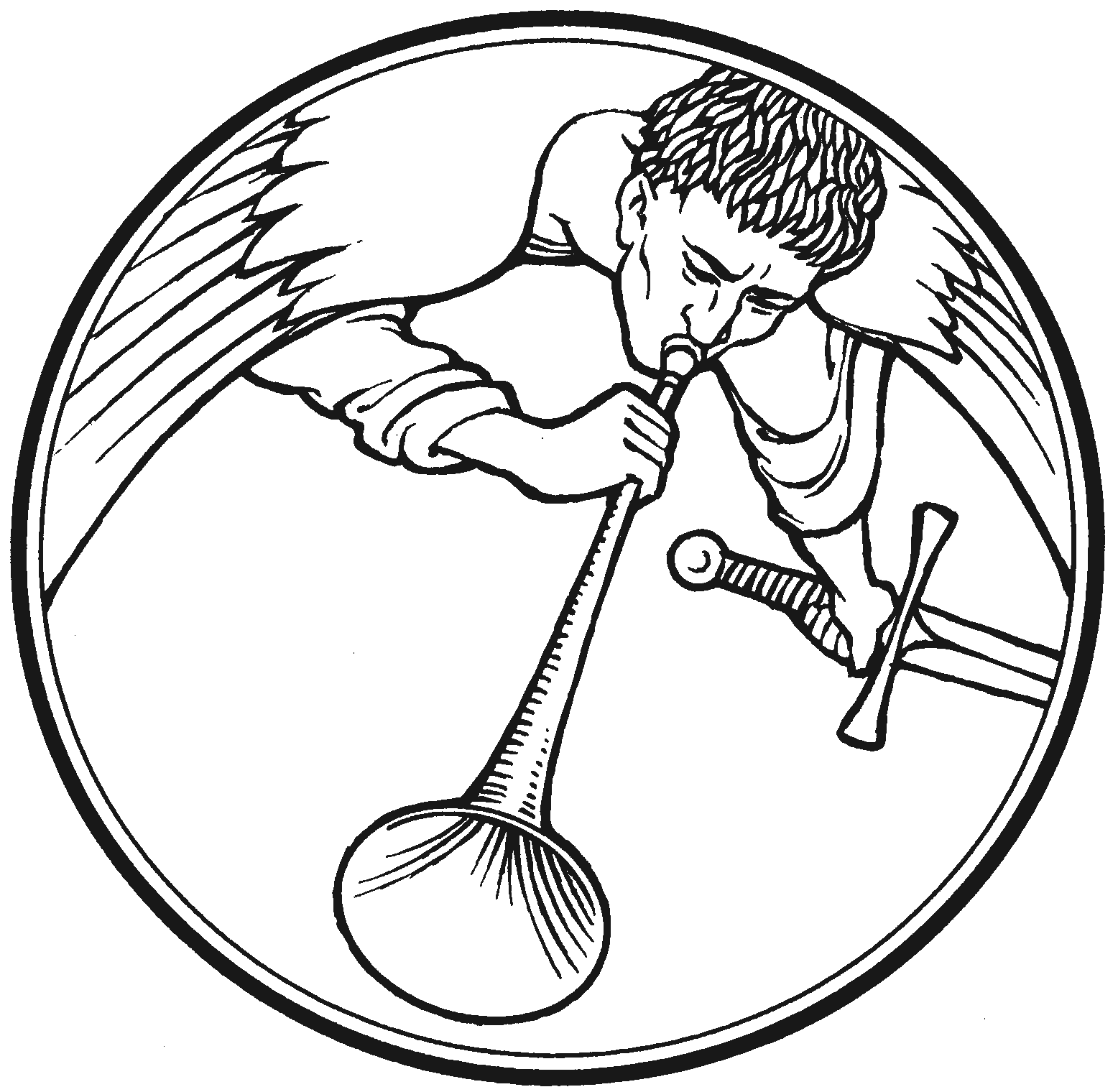 Today on this Last Sunday of the Church Year, we are reminded that Judgment Day is approaching, when we will see the Son of Man coming in the clouds with great power and glory. The Bible makes clear that Jesus Christ is coming again to gather His elect from the four winds, from the ends of the earth to the ends of heaven. The one who created the world, who redeemed the world and restored the world by His death and resurrection, is coming back, as we confess in the creeds, to judge the living and the dead in perfect justice. So, the question for us is which side are we going to be on.

This second-coming of Christ isn’t something new. In fact, Christ Himself proclaimed it during His earthly life. But where many have gotten the words of Jesus wrong is when He will return. There have been countless second-coming prophecies of Jesus’ return, so-called raptures where Christ will gather all His believers and leave the non-believers behind. All these share one thing in common – they got Jesus’ return date wrong! They all must have failed to read this part of Mark’s letter: “But concerning that day or that hour, no one knows, not even the angels in heaven, nor the Son, but only the Father.”

It’s been 2000 years since Christ first appeared in such lowly estate to lowly parents. As Christ grew in His stature as the God-man, He proclaimed many things about His death and His resurrection, but He didn’t stop there. He also proclaimed that He would come again, though He never put a date or time on it; see His words previously. Our focus is on Christ’s return and not so much when, though it is.

“[Jesus said:] “In those days, after that tribulation, the sun will be darkened, and the moon will not give its light, and the stars will be falling from heaven, and the powers in the heavens will be shaken. And then they will see the Son of Man coming in clouds with great power and glory. And then he will send out the angels and gather his elect from the four winds, from the ends of the earth to the ends of heaven.””

Now when you hear that, it doesn’t sound like Judgment Day that we “know,” that is, the fictional judgment day. The end of the world represents dramatic action and a cataclysmic battle between good and evil that simply must be seen to be believed. It’s been popularized into a series of books and movies, albeit fictional. It is scary for the non-believer, as it should be. But for the believer, Judgment Day and the end of the world are the fulfillment of the promises of God centered in Jesus, the joyful end when we finally fall into the arms of a waiting Savior who won the victory of sin, death, and the devil.

We know the focus on today, the Last Sunday of the Church Year; it’s the same focus as it is every day – be ready for Christ’s return. How do we prepare for Christ’s return? Jesus tells us as much: the short answer is “Stay awake.”Be alert. Know that Jesus is returning and live in His forgiveness and grace. Know that the cross was about making us ready to stand before Jesus. Know that God draws close to keep our hearts ready for that great and awesome day that is coming. Know that God has more at stake in us being ready for the end of time than we have. He sacrificed His one and only Son on the Cross to make us ready!

Jesus wants us to be alert, on guard, to keep watching for Him to come at any time. This is underscored with the illustration of a man who leaves home and places his servants in charge while he’s away. Jesus is the “man,” the Church is the “house” and we believers are the “servants.” The first point Jesus makes with this picture is that we in the Church are to “be on guard,” as He says, for His return is any moment. Those in the first century believed Jesus would return during their lifetime, thus they lived in that hope and expectation, waiting and watching and longing for His return.

The message for us is the same today in twenty-first century as it was in the first. You don’t know when Christ will return, so always keep ready. Jesus tells us to be ready because one day He will return. This time He will not be the humble Savior who rode into Jerusalem on a donkey, only to be killed on a cross. He came then to be our Savior, to give up His life on the Cross. When Jesus returns next, He will come to judge. He will come to destroy the present world and to establish the eternal Kingdom where all believers are to live for eternity. You have a place in that Kingdom as God washes you clean through the forgiveness that Jesus won on the cross.

As this Church Year ends and we look to the coming of a new Church Year, we watch expectantly. We keep watch because we do not know when Jesus will come back. Regardless of His return, we do not want Him to find us sleeping. We stay awake and watch vigilantly by coming to church so we hear the Word of God and receive the gifts which He has given to us in His sacraments.

The Day of the Lord is coming. The signs are all around us. We’re living in the last days. It won’t be easy for you as a believer. But don’t be afraid. Christ will soon come again in righteous judgment to take you and all believers in Him to be with Him at His side. Until then, He’s at your side. His coming may be sudden, but its certainty calls us to a life of joyful expectation. Be assured by His coming! Live as believers who long for the day of His appearing. Pray that day will be here sooner rather than later, the day when there will be no more headaches and heartaches, fears and tears, troubles or trials, strife and sorrow, just God’s grace in fullest measure, eternal life. The Lord’s desire for you is that His return would not be a day of terror for you, but triumph in Him.

The One who is coming has come so that we might live. The Babe of Bethlehem became the Good Friday Savior and the Easter hope for the whole world. As Christians, we live in Him now by faith, and on that Last Day we will be with Him forever in His kingdom! That’s good news for us and for all who believe. With faith in Christ, there is forgiveness for all of our sins. There is hope when things seem hopeless. There is life after death. There is eternity. With Jesus, we are more than conquerors. That’s why Jesus lived, died, and rose for you.

It is not important to know the date of the Last Day. In fact, Jesus says that we can’t know that time. It is not important to know anything about the details of our eternal existence. The important thing is the trust in Jesus for the forgiveness of sins that makes us constantly ready for the day when He will show Himself and raise the dead. Jesus urges us to be awake and on guard so that we will receive Him in joy – the joy that anticipates life forever with Him and the Father and the Holy Spirit. In Jesus’ name, amen. Now the peace of God that passes all understanding, keep your hearts and minds through faith in Christ Jesus, amen.

Share | Tweet | +1 | print | email
Categories: Church Year, Pentecost, Sermons
Disclosure of Material Connection: Some of the links in the post above are “affiliate links.” This means if you click on the link and purchase the item, I will receive an affiliate commission. Regardless, I only recommend products or services I use personally and believe will add value to my readers. I am disclosing this in accordance with the Federal Trade Commission’s 16 CFR, Part 255: “Guides Concerning the Use of Endorsements and Testimonials in Advertising.”