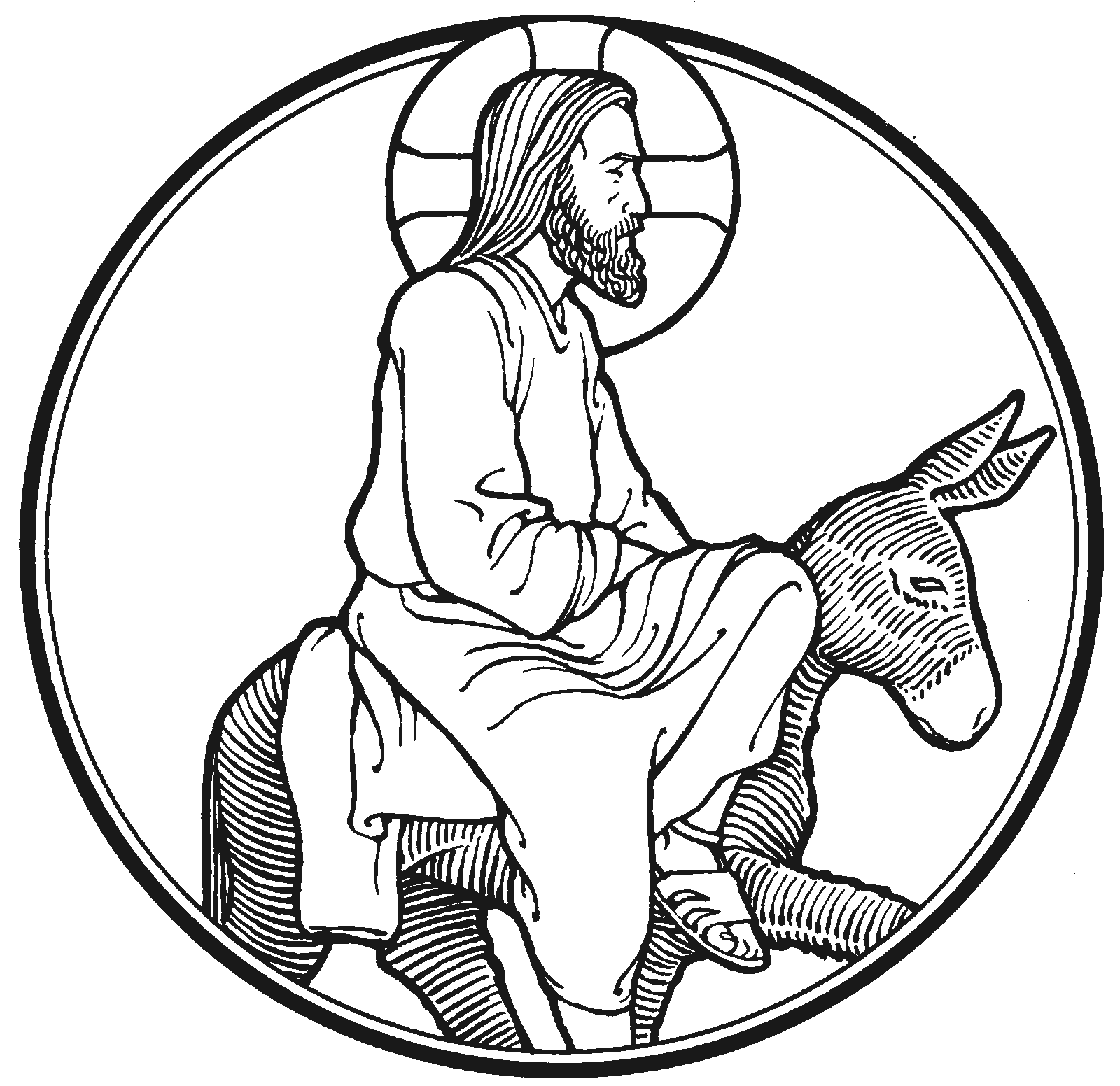 Today brings about a change in the Church Year. We leave behind the season of Pentecost, culminating in the Last Sunday of the Church Year and we start anew with the First Sunday in Advent. What better place to start the beginning of the new Church Year than near the end.

Luke’s Gospel today takes us, not to the story of angels and shepherds and the like, but rather to the beginning of Holy Week, Palm Sunday, the day that Jesus rode into Jerusalem. So why would we start Advent, that season before Christmas, with events that happen at the end of our Lord’s life? It’s because the two events share a common thread – the triumphant coming of Jesus the king.

With a king, you inevitably have problems. They demand by their laws, the insist on obedience, they reward the friend and punish the enemy, they are either a blessing or a curse. The power of kings gives shape to the lives of their subjects. With such possibilities for good and evil, we ask ourselves, what kind of king do we want? Or better yet, do we even want a king?

Once upon a time, Israel asked for a king. God had tried to caution them repeatedly that they did not want a king because they would get everything that went along with a king. They wanted a king to judge them “like all the nations.”God cautioned them, sending Samuel to the people to tell them that the king will use their sons to protect himself in batter, take their daughters to be his bakers and cooks, taking their property to enrich his friend and tax them to advance his own wealth. In short, they would be the king’s slaves. And what did they respond: they wanted the king anyways. Their desire for a king was their rejection of God as their king. It didn’t matter that God had saved them from Egypt. Ultimately, they rejected God to be ruled by other gods.

In spite of all that God had done for Israel, God as their king was not good enough. Regardless of Israel’s desires and the king’s actions, God saw fit to send them a new king, a king who would rule them with God’s own mercy and grace. This king was David, a shepherd boy made into a king, exalting the humble. Despite David’s desire to rule in a way that honored God, he would ultimately be a flawed king as the one before him and the ones that would follow.

Through all of this, God was still their God and had promised to provide for them one who would defeat sin and death and, once and for all. Enter Jesus, the antithesis of every king Israel had ever had or would ever see. He was the opposite of Saul. He was not opportunistic, He was not self-serving, He was not grandiose by any means. In fact, He was the epitome of humble. From the humility of divine mercy, God would raise up a humble king.

The humble king would come from a humble town: “But you, O Bethlehem Ephrathah, who are too little to be among the clans of Judah, from you shall come forth for me one who is to be ruler in Israel.”This humble king would be the true Davidic king: “And he shall stand and shepherd [God’s] flock in the strength of the LORD his God.”The humble king would bring peace, for He would Himself be Israel’s peace: “And [Israel] shall dwell secure, for now he shall be great to the ends of the earth. And he shall be their peace.”All of these definitions of the coming King come from the prophet Micah, something which the people would have been familiar with. And for some, they recognized that King.

When He arrives in Jerusalem, He isn’t seen riding a great white horse with flag-bearers and trumpets before Him. Instead, Jesus rides on a colt on which no one has ridden. Jesus rides in with the people laying their cloaks on the ground. The people shout with exclamations of rejoicing and praise, “Blessed is the King who comes in the name of the Lord! Peace in heaven and glory in the highest!”

The crowds praised Jesus with these words. Although these words of praise are absolutely true, it is very likely that the crowds had no idea why these words were true. They had no idea what Jesus was about to do that would make these words true. The idea that this man’s death would bring life to all people was not even a thought that entered their minds. Jesus was coming into their lives and they didn’t know why.

During this season of Advent, we prepare ourselves to receive the Newborn King into this world. For the Christian, it is a time to remember that the things of this world are indeed passing away, a time to set our hearts, once more, upon things above – a time to look at the Child who came to be born, to live, to die, and rise again, all for the sake of us mere miserable sinners. We recognize that Christ comes to die for our sins. We remember that we have been baptized and that means that we have been given the name of our heavenly Father.

This King that comes to us in order to give Himself into death as that true sacrifice of our King: “Father, into your hands I commit my spirit.”Into His humble sacrifice, Jesus established a new Jerusalem and a new temple, making us to be His holy people. He comes as a baby to grow into the man who takes all upon Himself. He comes as our King to wash us in His blood.

Through faith, we join the Jerusalem throng of old in their shouts of praise: “Blessed is He that cometh in the name of the Lord”as we receive His gift of broken and shed body and blood for the forgiveness of our sins.

What kind of king is it that we want? Do we want the king of the Old Testament, with all of their sinful and selfish desires? Do we want a king of our own making, one that grants all our wishes and desires, even if they are not the good that God desires for us? The king we want, no, the king we need, is the King who comes in the name of the Lord, the King who lays down His life for us in order that we may be restored to our Heavenly Father in a state of forgiveness, won for us by a humble King who rides into Jerusalem triumphantly for us. In the name of Jesus, amen. Now the peace of God that passes all understanding, keep your hearts and minds through faith in Christ Jesus, amen.

I'm a Lutheran (LCMS) pastor serving in Gillette, WY.
View all posts by Rev. Jared Tucher »
Comments Off on Advent 1

Posted by Rev. Jared Tucher on December 2, 2018 in Advent, Sermons