Epiphany of Our Lord 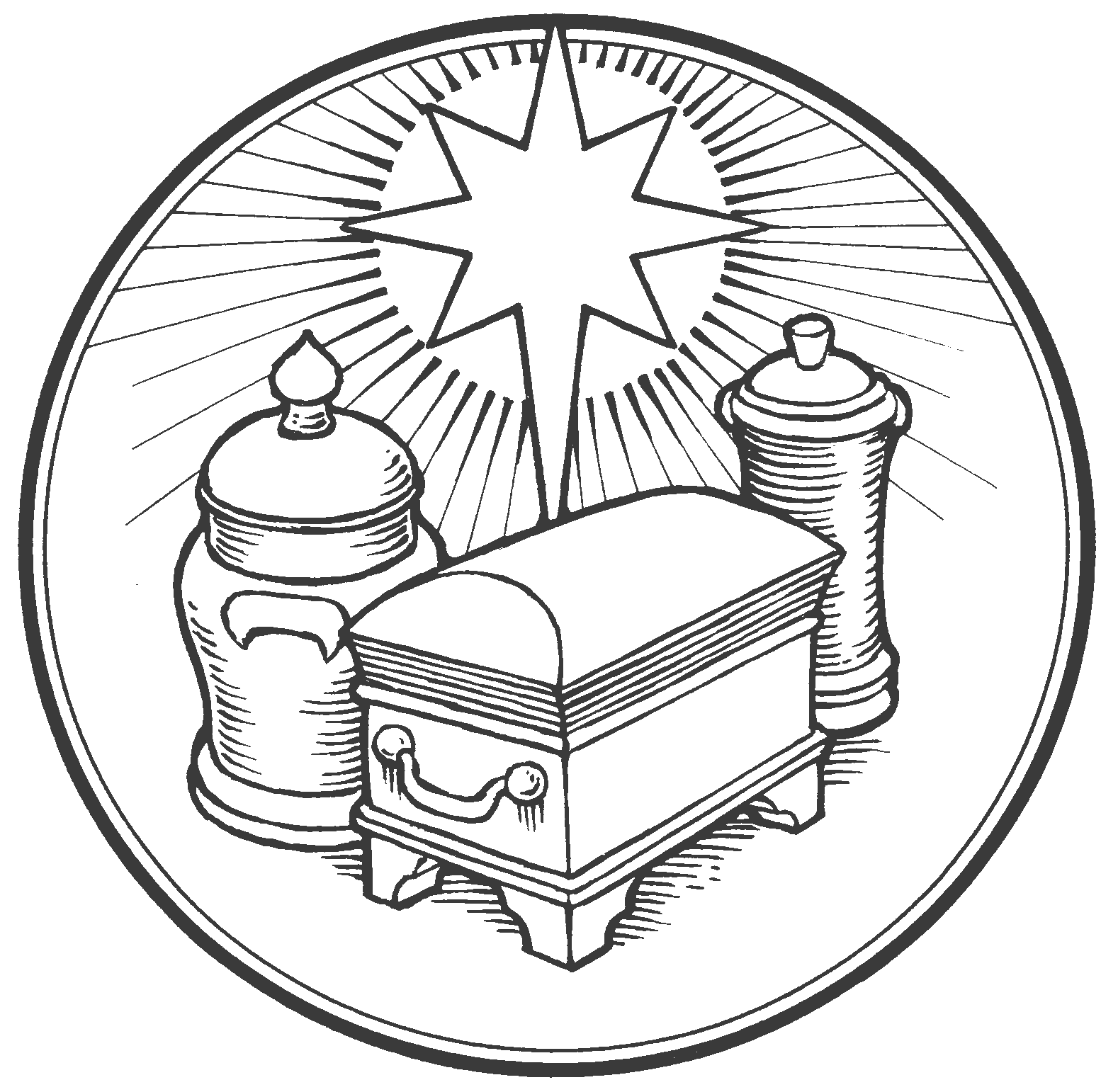 It has been some time since Christ our Lord was last seen in the manger. Today, Luke records for us the arrival of the wise men. They ask the question to Herod, “Where is he who has been born king of the Jews? For we saw his star when it rose and have come to worship him.” If you’re Herod, the question is one that should not be asked because there is already a king, Herod. And so Luke records, “When Herod the king heard this, he was troubled….” Of course he was troubled because there was someone who was trying to usurp his authority as king.

Who is this king that the magi speak of? When Gabriel appeared before Mary, he told her, “He will be great and will be called the Son of the Most High. And the Lord God will give to him the throne of his father David, and he will reign over the house of Jacob forever, and of his kingdom there will be no end.”” While Gabriel never uses the word “king,” he does speak in kingly language: giving of a throne, reigning, and no end to His kingdom.

Naturally, if you have someone trying to usurp your authority, you’re going to want to know where that threat is coming from. They said that the Christ would come from Bethlehem of Judea. This was already prophesied. This was already foretold. Micah prophesied, “But you, O Bethlehem Ephrathah, who are too little to be among the clans of Judah, from you shall come forth for me one who is to be ruler in Israel, whose coming forth is from of old, from ancient days. Therefore he shall give them up until the time when she who is in labor has given birth; then the rest of his brothers shall return to the people of Israel. And he shall stand and shepherd his flock in the strength of the LORD, in the majesty of the name of the LORD his God. And they shall dwell secure, for now he shall be great to the ends of the earth. And he shall be their peace.”

Little does Herod know, this baby that the wise men speak of will be everything and more that Micah spoke of. Jesus will be the ruler in Israel, but not as the people understand or desire. He will rule over Israel, but not in the traditional sense. He will rule over Israel as the Lord of Life, just as He will rule as the Lord of Life over all of creation. He is “from of old, from ancient days,” for He is from before all of time. Jesus “shall stand and shepherd his flock,” for He is the Good Shepherd. “And he shall be their peace,” for He is the Prince of Peace as Isaiah foretold.

Again, this should come as good news to Herod but instead it puts him on the offensive. He tells the wise men, “Go and search diligently for the child, and when you have found him, bring me word, that I too may come and worship him.” Herod has no intention of worshiping this new King, for He is the one and only king, regardless of what prophecies and wise men say.

Following the star, it led them to Jesus. God led them to the Christ child. Who looks for a king in such lowly environs? What kind of God-King lives in such a lowly estate in such lowly conditions? And yet, here He was. And this is where the true wisdom of faith is recognized—they come into His lowly presence in this lowly place and they fall down and worship Him. They humble themselves and rejoice.

Was it enough that these wise men from the east travelled all this distance just to gaze upon a child, even if it was foretold? No, because this child was unlike any child that ever had been or ever would be, for this child was God in the flesh. When the Magi entered the house over which the star had stopped, the first thing they saw was the baby for which they had been looking. Now they could do what they had come to do. These men showed that they knew Jesus was much greater than they. He was God’s promised Savior. In that little baby they saw their Lord and Savior.

Yet the Wise Men are also a marvelous example of faith that those who aren’t great may approach Him. The Wise Men were Gentiles, yet they were confident that the God and King of the Jews would accept them. Epiphany is the day God showed that Christ was for Gentiles also. At the time of Christ, that was no foregone conclusion. Many of Jesus’ own people thought the Messiah was just for them. It took a lot of faith for the Gentile Wise Men to travel those hundreds of miles—maybe a thousand miles—to worship and give gifts to the King of the Jews.

But it was always God’s intention that Christ would be a Savior to all nations. The angel said it was good news for all people, not some. Isaiah prophesied that it was too small a thing for Christ to only raise up the Jews. Likewise, as Simeon held the Child in his arms, he said that Christ was a Light to lighten the Gentiles as well as the glory of God’s people Israel.

The Word made flesh that lived among us. As St. John says in his Gospel, this Word was in the beginning with God and the Word was God. Through Him everything was made; for Him everything was made. But for us, He was made flesh, born of the Virgin Mary. He grew up as the son of Mary and Joseph. He was baptized in the Jordan River by John the Baptist and thus began His public ministry, the proclamation of the forgiveness of sins by the blood of the Savior. He made this sacrifice Himself and was resurrected the third day. We are all sinners and cannot justify ourselves before God. We have the promise of eternal life because of Jesus Christ.

As we hear God’s Word, we learn that the only safe way for God’s Kingdom to come to us is through this child that the magi worshipped. It is He who lived a perfect life in our place. It is He who took our sins to the cross. It is He who rose from the dead and opened up the way to eternal life. This child that the magi worshipped is the one and only way for God to come to us without burning us forever for our sins. This child is the one who has purchased forgiveness, life, and salvation and then gives these things to us as a gift.

We can celebrate with the Wise Men of old what God has revealed so clearly in His Word, the Messiah King who would and has died for us. We can rejoice with them in “Immanuel”, God come among us as a man, in human form, for our redemption. We can celebrate more because we have witnessed the cross and the empty tomb, and we know what they each mean for us – both the cross which reminds us of the price paid for us, and the empty tomb which reminds us that we, too, shall rise from the dead unto everlasting life because of Jesus Christ. As the wise men of old rejoiced at the Epiphany of our Lord and His revealing to them, so do we rejoice at His revealing to us and His salvation for us. In Jesus’ name, amen. Now the peace of God that passes all understanding, keep your hearts and minds through faith in Christ Jesus, amen.

I'm a Lutheran (LCMS) pastor serving in Gillette, WY.
View all posts by Rev. Jared Tucher »
Comments Off on Epiphany of Our Lord

Posted by Rev. Jared Tucher on January 16, 2019 in Epiphany, Sermons