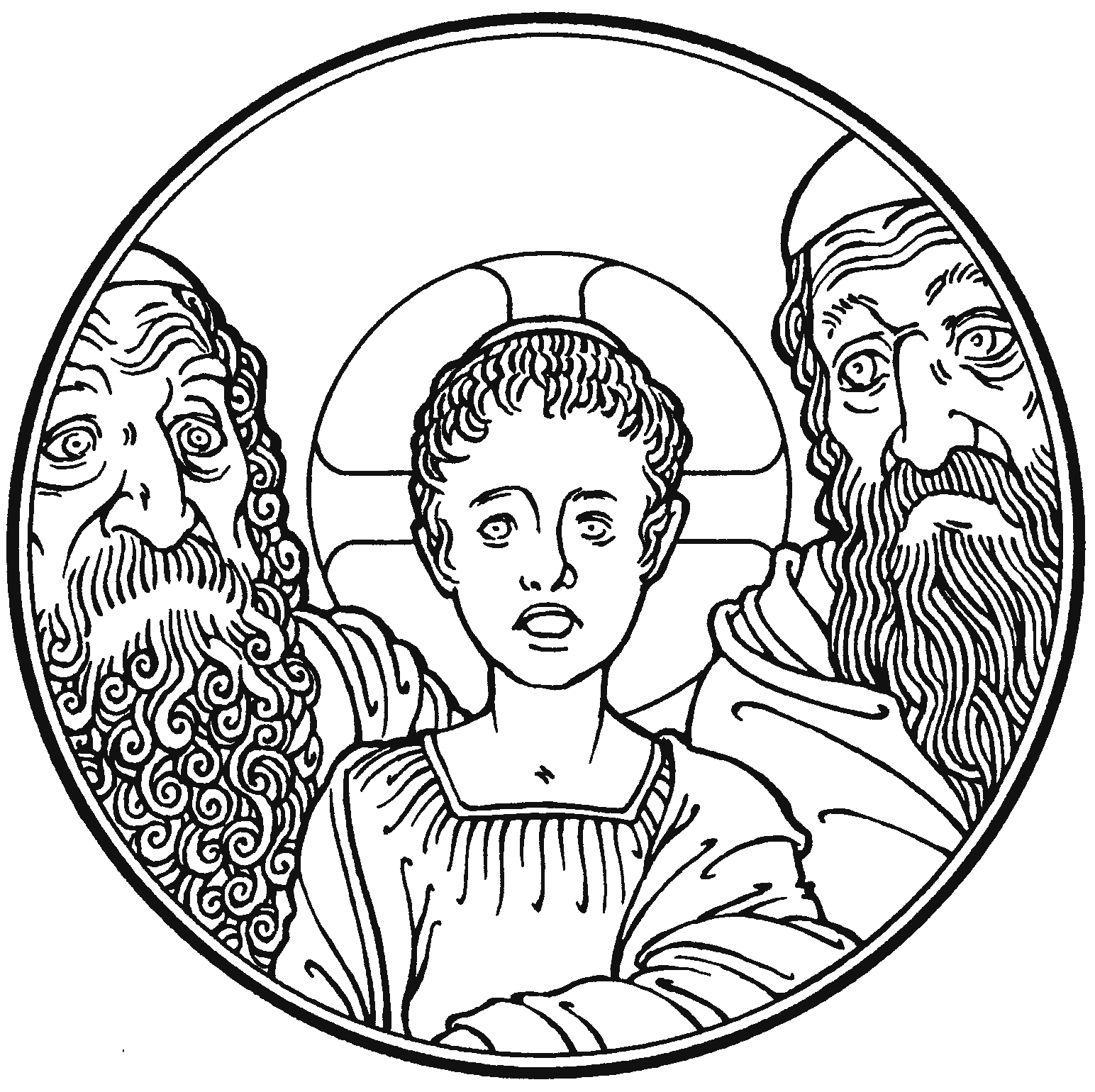 There was a movie that came out when I was a kid called Home Alone. The premise was a huge family going on Christmas vacation. In the hustle and bustle of getting everyone ready before the airport vans showed up, they neglected one of the kids in an upstairs bedroom. It’s not until they arrive to their destination that they realize they left their son Kevin at home. His parents became frantic and immediately began looking for ways to get back home to find him. In our Gospel reading for today, a similar situation happens, or at least it appears to happen.

During the Feast of the Passover, everyone would return to Jerusalem in order to celebrate this Jewish feast. It meant that the city had a greater population than usual. The streets were more crowded, with people moving throughout the city and the marketplace, buying all the things necessary to celebrate the Passover. After the hustle and bustle, people began to leave Jerusalem in droves, including Joseph and Mary, but not Jesus. Luke records, “And when the feast was ended, as they were returning, the boy Jesus stayed behind in Jerusalem.”

Why did Jesus stay behind? Was He left behind on purpose or was this a “Home Alone” accident? Luke doesn’t give us any indication as to why Jesus was still in Jerusalem upon His parents leaving. Jerusalem is the place of Jesus’ destiny. But would that destiny be fulfilled by Jesus at twelve years old? Luke sets up Jerusalem as the city of destiny here at the end of the infancy narrative. Having reached the age of twelve, it was the time when a Jewish boy became “a son of the law,” that it, obliged to learn and to observe its provisions. It was quite possible that Jesus was left to study the Torah and become proficient in the Word of God found in the Old Testament.

After a day’s journey without Jesus, “supposing him to be in the group,” it was clear that Jesus was not traveling with the group. They returned to Jerusalem, searching for Jesus for three days. What could have been going through the minds of Mary and Joseph? Luther, when preaching on this text, contemplates on Mary’s thoughts during this time: “Behold this child is only mine, this I know very well, and I know that God has entrusted him to me and commanded me to take care of him; why is it then that he is taken from me? It is my fault, for I have not sufficiently taken care of him and guarded him. Perhaps God does not deem me worthy to watch over this child and will take him from me again.”

We can easily get a feeling of Joseph and Mary. They are the earthly guardians of Jesus and have lost Him. Is that what was God expecting of them? Where would they even begin to look for Him? It took them three days to scour Jerusalem and find Jesus. And when they find Him, it was in the least likely of places, or was it? Luke says, “After three days they found him in the temple, sitting among the teachers, listening to them and asking them questions. And all who heard him were amazed at his understanding and his answers.” To some extent, it would be proper to find Jesus in the temple. Remember, He is twelve years old and so it would be proper for Him to be in the temple and learning from the teachers of the Law. However, Luke says that not only was He listening to the teachers, He was asking them questions. That was not proper at this age – listen, but keep quiet. Not only was He speaking, they were amazed at what He said.

Mary and Joseph didn’t think about where they found Jesus, just that they found Him, and it is apparent in Mary’s statement to Him: “Son, why you treated us so? Behold, your father and I have been searching for you in great distress.” Mary and Joseph are shocked at Jesus, shocked at how quietly Jesus had acted up to this time, never opening His mouth in the synagogue, to now sit in the temple with prominent rabbis all about Him, with all eyes and ears fixed upon Him.

Jesus knows who He is and what He was about, even at the age of twelve. He responds by saying, “Why were you looking for me? Did you not know that I must be in my Father’s house?” Unbeknownst to Mary and Joseph, this wasn’t a “Home Alone” situation but rather, a “right where I needed to be” situation. Jesus is in the temple, the house of His Father. He is speaking with the teachers of the Law, but not learning from them. Instead, He is teaching them of God and they “were amazed at his understanding and his answers.” Everything you ever wanted to know about God, well, here God is in the flesh. Here is the Son of God, the one promised from long again, here to fulfill the Father’s plan of salvation. Though only twelve years old, a mere boy, He was the full embodiment of God sent to save creation.

It would appear as if we see a different side of Jesus, one of disrespect towards His earthly parents. He did not leave the Passover Feast with them. He stayed behind. He did His own thing. Was this an almost-teen rebellion? Of course not. He instructs the teachers of the Law, hopefully clearing up any questions the teachers had about God. He prepares them so that they can rightly teach the people of God. And when Mary and Joseph arrive at the temple, Jesus keeps the Fourth Commandment and leaves with them, submitting to the authority of His earthly parents.

There is no “Home Alone” here, but rather Jesus doing His work of teaching, setting the tone for His teaching when He begins His public ministry. All this, the Son’s perfect keeping of the Law, He did for us, being obedient to God’s Word, setting us up for our obedience to God. The only problem with that is we can’t be obedient to God and His Word. We saw how obedient we were in the Garden. It is by Christ’s active obedience that our disobedience is forgiven. St. Paul says in our Epistle, “In him we have redemption of our trespasses, according to the riches of his grace….” In Him, by Him, from Him, that’s where we have our forgiveness. It’s by Jesus’ work for us that we are obedient to the Law of God. Because we cannot keep it, God sends forth Jesus to keep it for us. Because of our disobedience, which we inherited from Adam, we were under God’s condemnation and judgment. But through Christ’s active obedience for us and His carrying out faithfully the will of His Father for us, we are counted as righteous and obedient before God through faith in Him.

In today’s Gospel, we might be tempted to say that Jesus was lost. In fact, Jesus was exactly where He was supposed to be; it was really Mary and Joseph who were lost. In a similar way, we are also lost – lost in our trespasses and sins. It is God who finds us and places us among the things of the Father. There the Holy Spirit works faith and makes us people of the Father. Since Jesus said, that He must be in His Father’s house, doing the work of the Father, that means we are with Jesus. That is exactly where we are supposed to be, in our heavenly Father’s house, brought in by Jesus Christ. In the name of Jesus, amen. Now the peace of God that passes all understanding, keep your hearts and minds through faith in Christ Jesus, amen.

Share | Tweet | +1 | print | email
Categories: Christmas, Luther quotes, Sermons
Disclosure of Material Connection: Some of the links in the post above are “affiliate links.” This means if you click on the link and purchase the item, I will receive an affiliate commission. Regardless, I only recommend products or services I use personally and believe will add value to my readers. I am disclosing this in accordance with the Federal Trade Commission’s 16 CFR, Part 255: “Guides Concerning the Use of Endorsements and Testimonials in Advertising.”