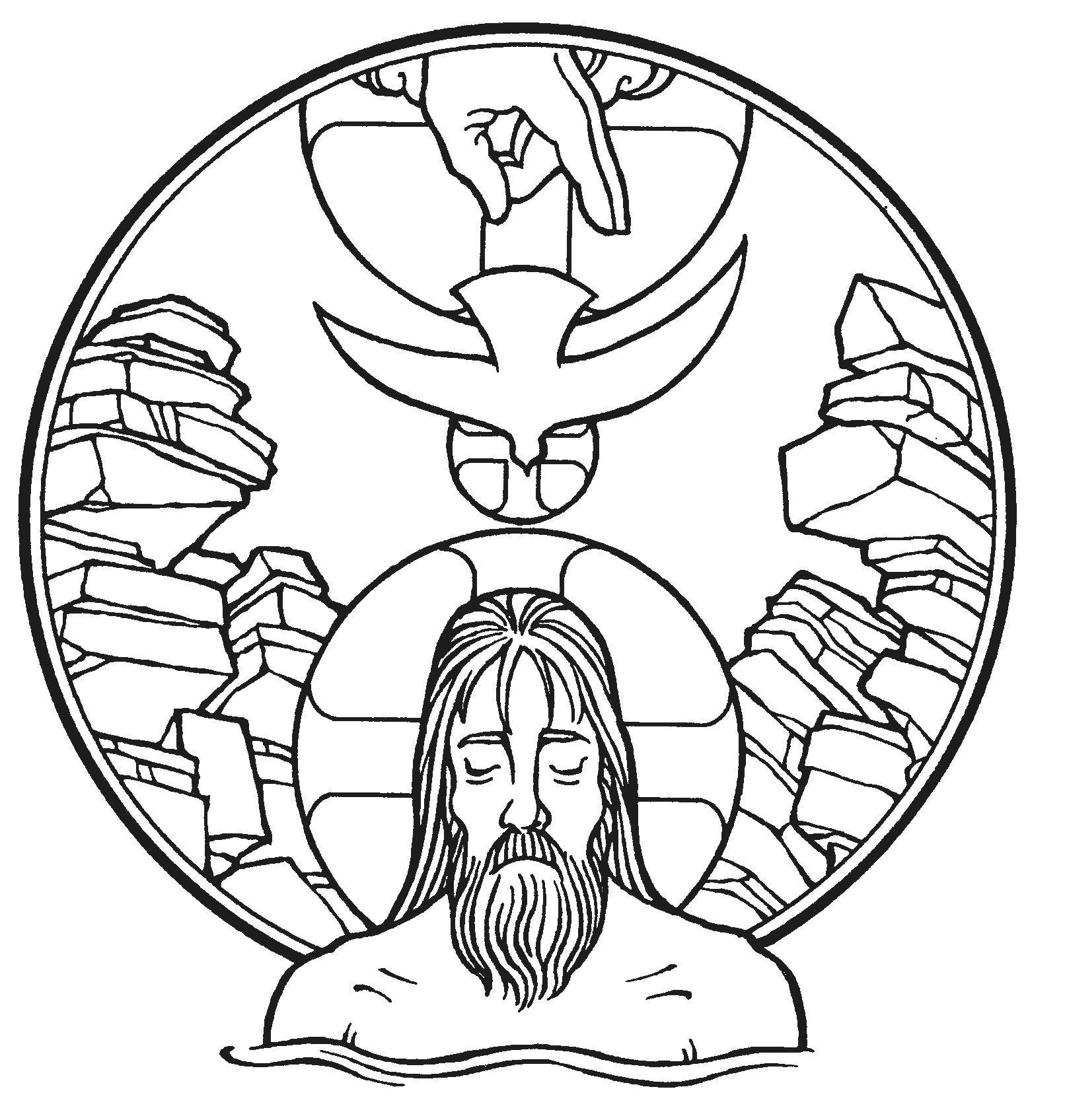 Looking at the timeline of Jesus from His birth to now, there are quite a few gaps. We begin in Luke’s Gospel with Jesus’ conception at the word of the angel to Mary. Jesus is born and the shepherds find Him in the manger. Shortly after, Jesus is presented at the Temple per the Law, with Simeon and Anna making appearances. The next time you see Jesus is in Matthew’s Gospel with the appearance of the wise men and then the flight to Egypt of the Holy Family. They return to Nazareth and we later see Jesus as a boy of twelve in the Temple. Now, fast forward another eighteen years and we see Jesus at His baptism.

It’s strange to think that Jesus needs to be baptized. If that’s what you’re thinking, you’d be right because that was the same thinking that John the Baptist had when it came to Jesus’ baptism. That’s exactly what Matthew records for us: “John would have prevented him, saying, “I need to be baptized by you, and do you come to me?”” John sees the problem with Jesus being baptized: there is no reason for Jesus to be baptized. When John enters the scene baptizing people, the purpose was a baptism for repentance. What was it that Jesus did that He needed to repent? That was John’s point. This was Jesus. He didn’t do anything wrong. Even more than that, He had committed no sin. No sin, no need to repent. So again, why baptize?

Imagine Jesus going down into that water after so many people had their sins washed into it. Is it safe? No, it is not safe. Not for Jesus. What had been washed into those waters would cling to Jesus when He climbed that riverbank; all of it would remain on Him for the rest of His ministry.

Do you know what the means? It means that He would have to suffer the consequences, our consequences, our death. That water would kill Him as it once did the whole world. Why? Because if it did not, if He didn’t do this, then all righteousness would not be fulfilled. God would not be pleased. There would no longer be peace on earth and goodwill toward men. Imagine how many sins are, were, and will be washed into water until the end of time. Now imagine all of that placed upon Jesus. But you don’t need to imagine it because it this isn’t a case of “what if” but “what did,” as in, this is exactly what Jesus did. He took upon Himself the sins of all of creation. He did this to fulfill all righteousness, to make you righteous before God.

When Jesus told John that this was to fulfill all righteousness, Matthew says that John consented. He baptized Jesus, knowing exactly who He was – the Son of God. He knew that standing before him was the sinless one. He knew that there would be one coming after him who is mightier than he was. And what exactly would this mighty one do? “He will baptize you with the Holy Spirit and fire. His winnowing fork is in his hand, and he will clear his threshing floor and gather his wheat into the barn, but the chaff he will burn with unquenchable fire.”

Here Jesus begins the work of salvation by taking the place of sinners. Here Jesus takes John’s place – your place – my place. Here Jesus takes up the sin of the world and offers us the gift of His holiness.  He becomes the greatest sinner of all; not with His own sin, but with our sin.  Here He takes up our burden for us.  As John performed the simple act of pouring water on Jesus, God poured on Him the iniquity of us all.

St. Paul expanded on this in today’s Epistle: “Do you not know that all of us who have been baptized into Christ Jesus were baptized into his death? We were buried therefore with him by baptism into death, in order that, just as Christ was raised from the dead by the glory of the Father, we too might walk in newness of life.” Here Paul tells us that our baptism joins us to Christ and His baptism. Our sin becomes His and His perfection becomes ours. His innocent suffering and death are credited to our account. The eternal life and salvation that He earned are already ours. We will rise from death to live in eternal joy just as He rose from the dead and lives and reigns to all eternity. Through His Son, Jesus, God has done everything needed to secure our salvation for us.

Jesus does just what His name means, “the Lord saves.” When talking about the Sacrament of Holy Baptism, Luther asks this question: What benefits does Baptism give? The answer: “It works forgiveness of sins, rescues from death and the devil, and gives eternal salvation to all who believe this, as the words and promises of God declare.” This is the work done for us through Jesus Christ, the Lamb who takes away the sin of the world.

We know that this isn’t safe for Jesus. So, is it safe for us? Is Jesus getting baptized safe for us? What does it mean for us? It is safe for us. It’s safe for you because you die. But how is it safe if you die? You die to your sin and are made alive in Christ. You die to this world and are granted eternal life. So, even as we go down, we will be pulled out; we will be raised, because Christ is risen! And even though you do—you need to, yes—drown and die in your baptismal waters. And making the sign of the cross, we are to drown and die daily in this life. Yet, we, too, arise, because he is risen, is risen to newness of life!

All righteousness has been fulfilled, even ours. The sins are left behind—for Him—in the water to take to the cross. That washed away so much filth, so much disease, so many contaminants, so much fear and death, so much sin. It is safe now because the water has been cleansed. It is safe now to go back into the water—and remain there! Remain in your baptismal grace, safe and secure in Jesus. Take heart in the words of our heavenly Father, “This is my beloved Son, with whom I am well pleased.” The Father is indeed well pleased. And looking down, with us in Christ, in water, in death, but now in new life—his life—the Father is well pleased with us. We in Him and He in us, dead and raised to life everlasting.  Since Jesus stands in our place, the Father’s pleasure with His Son is also His pleasure with you and me. Because the Father is pleased with His Son, Jesus, He is pleased with us. We are now the Lord’s beloved child because of the work of Christ. In Jesus’ name, amen. Now the peace of God which passes all understanding, keep your hearts and minds through faith in Christ Jesus, amen.

Share | Tweet | +1 | print | email
Categories: Baptism, Epiphany, Sermons
Disclosure of Material Connection: Some of the links in the post above are “affiliate links.” This means if you click on the link and purchase the item, I will receive an affiliate commission. Regardless, I only recommend products or services I use personally and believe will add value to my readers. I am disclosing this in accordance with the Federal Trade Commission’s 16 CFR, Part 255: “Guides Concerning the Use of Endorsements and Testimonials in Advertising.”