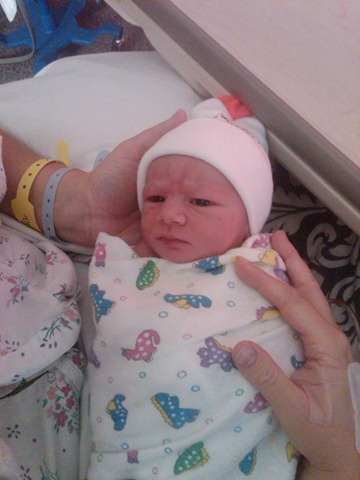 Comments Off on Happy Birthday Bryce 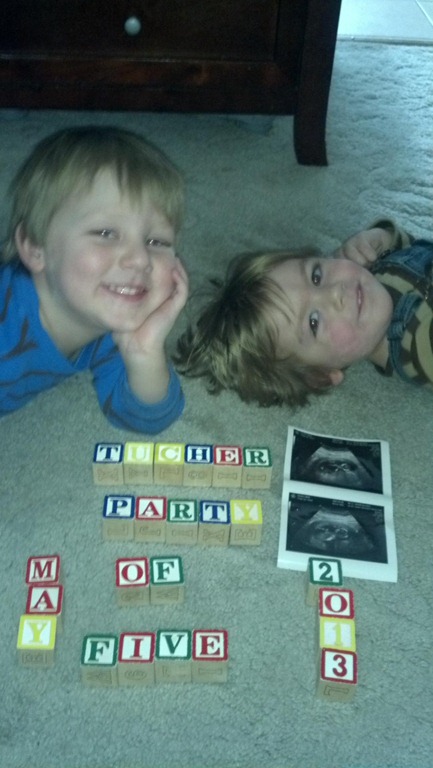 One year ago today, my father passed away. Leading up to this, he suffered a massive heart attack and was unconscious and without oxygen for several minutes. He was taken to the ICU of the hospital and placed on a ventilator. Once I got the phone call about this, we immediately made our way back to Indiana. In talking with the doctors, the chance of him coming off of the ventilator was less than slim to none and being able to survive. After spending several hours with him, the family decided to remove the breathing tube. He became somewhat lucid and was able to talk a little bit. He recognized that his kids were there with him. He managed to struggle to breath for the next twelve hours or so. Within a matter of 10 minutes or so, his stats began to drop steadily and rapidly and then he breathed his last.

I’m not going to lie. We didn’t have the best father-son relationship. He didn’t have much a father-child relationship with any of his kids. He had driven one son to have nothing to do with him. But in the end, all of his kids were there gathered around his bedside at the time of his death.

I wish in the end, things would have been different with us. There was so much that I missed out on growing up. There were too many things that happened early in my childhood (which I won’t go into) that shouldn’t have happened, yet they did.

My advice: Men, be a man. If you become a father, BE A FATHER! It will be a much more meaningful relationship for all those involved. Don’t risk what you have. Make the most of the relationship which your heavenly Father has given to you, for you do not know what may happen tomorrow.

Comments Off on In Memoriam: Francis “Frank” Anthony Tucher

Loving me some birthday cake

Today is my birthday. When we had cake, Wesley was eating it from the top and side. He really enjoyed it.

Comments Off on Loving me some birthday cake

The Joys of Parenting: Sick Kids

It was bound to happen sooner or later. After 2 1/2 years, my oldest got his first round of antibiotics. He had an ear infection a week ago and was given some antibiotics. Sunday, my wife took him to the walk-in clinic because of a 102* temperature. It turns out he had/still had an ear infection and possibly strep throat. They gave him a prescription for augmentin. It said on the bottle to take with food. Unfortunately, he had only had milk and not much more than that. We found out why it says to take with food: without food in your stomach, it will make you throw up. He threw up a couple of times that afternoon.

Gwen took him to our pediatrician yesterday and she took him off of the augmentin (after a dose and a half) because it had less than productive results. That led us to last night, which was not a good night.

After we got him ready for bed (at most 20 minutes), he threw up in bed. This prompted a changing of the sheets. Not only did he have vomiting, he also had diarrhea. Because of this, his little bottom is blood red; so red, he doesn’t even want you to wipe it.  Around 3 this morning, he threw up again. By this point, we had run out of sheets and he had to sleep with us. During this time, there were more diapers that needed to be changed.

5:30 this morning and he woke up screaming/crying. After changing his diaper again, the only way to get him to settle down and go to sleep was for him to lay on me. This lasted until 8 or so, which meant I got little sleep. I made it into work close to 9:45. I think I was there for around 3 hours before my wife said she needed me to pick up some stuff for Wesley. That little trip cost close to $60!

If that wasn’t bad enough, Gwen said that Bryce was sounding pretty funny, especially when he coughed. She scheduled an appointment with the pediatrician again, this time for Bryce. It turns out that he has croup.

So, to sum it all up, we have one kid with an ear infection and diarrhea (which hopefully is clearing up). Kid 2 has croup.

For Gwen and I, that means that we are fully exercising our vocation of parent, care giver, and all-around “make the boys feel better” people.

We can’t wait to see what fun lies in store for tonight!

Comments Off on The Joys of Parenting: Sick Kids

Loving the picture my wife took of the boys today.

Comments Off on Brothers

Today we went over to Rapid City for an overnight trip to celebrate a friends birthday. Due to some snow in Wyoming, it took us around 2 1/2 hours instead of the normal 2. It’s nice to get away, even if it is for a day.

Comments Off on Monday

Today is my +father’s+ birthday.  Should he be living, he would have been 73.  He passed away April 8, 2010, just days following Easter.  It’s hard to believe, but it’s been 9 months since he passed away.  Here are some pictures of him and I in recent years.

Comments Off on Remembering

Yesterday was our 5-year anniversary.  It didn’t quite go according to plan.

We left the boys with some friends in order to have a date, something we haven’t done since we were back home this summer.  We went to see the movie, The Dilemma.  It wasn’t bad, but it wasn’t great.  I’d give it 2.5 stars.

Our dinner plans were going to be at Prime Rib.  Unfortunately, we didn’t have reservations and it was 6:30.  The wait time was about an hour.  Keeping the boys’ bedtime in mind, we didn’t think that would work.  We tried Boss Lodge.  Unfortunately, Friday night was seafood buffet night.  Not being a big seafood person, that was out.  We then went downtown to the Chophouse.  The wait time was only 20 minutes.

The Chophouse was very busy.  My guess, every place in Gillette was busy last night.  It took quite a while to get our soup and salad, chiefly because the kitchen was backed up.  My French onion soup was very good.  When our meal finally came out, it was also good.  By the time we were finished with our meal, it was almost 9:00.  If were just us, not a big deal.  But having a 2 1/2 year old who was an hour past bedtime, we felt in a rush.

Overall, it was a good night, though dinner plans didn’t go as smooth as I had planned.  Note to self: always make a reservation on a Friday night.  Even reservations at McDonald’s might not be a bad idea in the future.

Comments Off on Anniversary woes

It’s been five years today since I married my beautiful wife.  Things have changed in these five years.

Comments Off on Anniversary