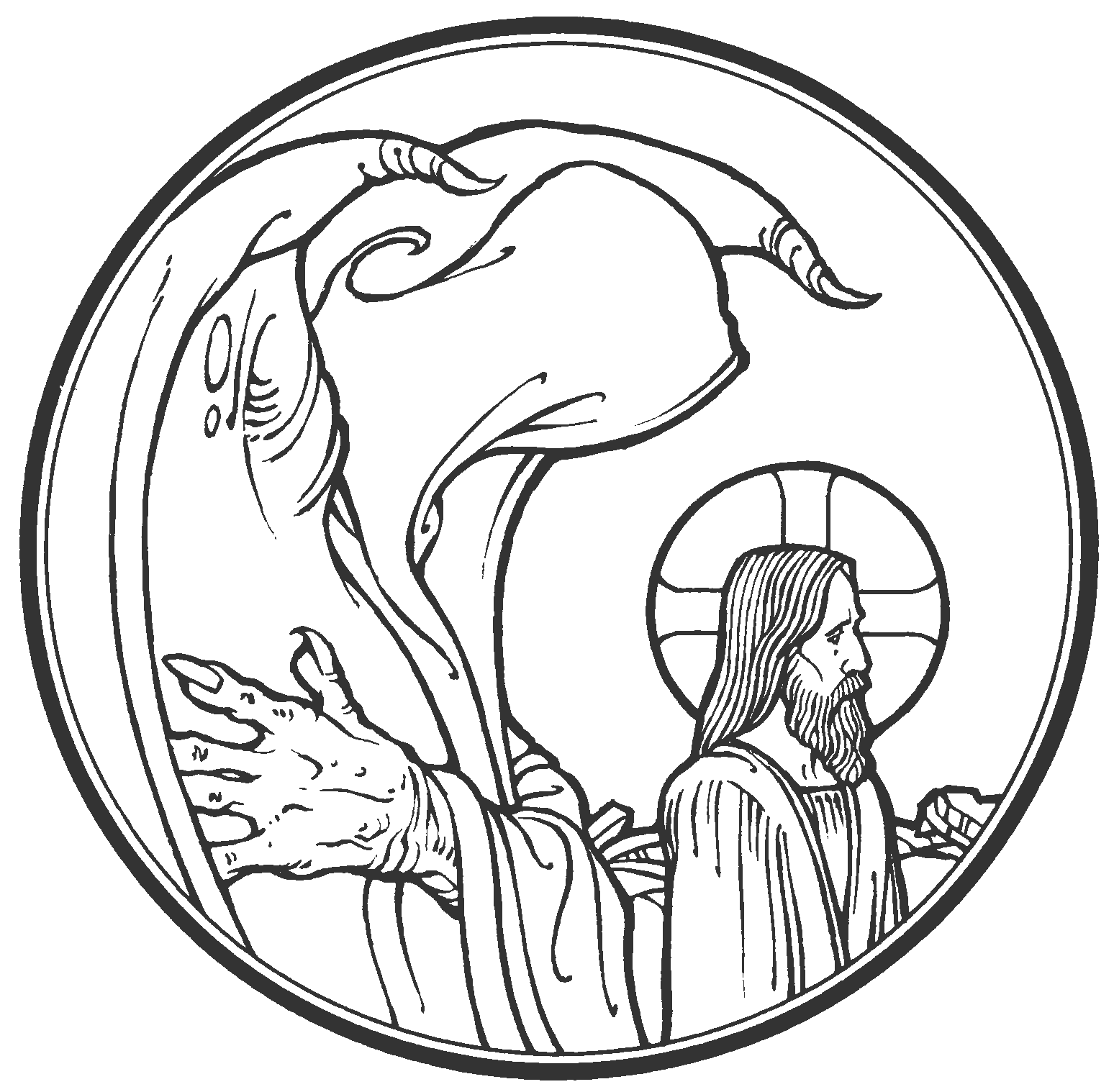 Temptation is everywhere around us. It can be used to motivate someone to perform better. It can be used to bring about negative results. It can bring a person to the pits of despair if used in just the right way. There is not a single place here on earth where a person can go to rid themselves of temptation, and that applies even to our Lord and Savior, Jesus Christ.

Following our Lord’s Baptism in the Jordan, He “was led by the Spirit in the wilderness for forty days, being tempted by the devil.” Luke records for us only three such temptations that Jesus endured, but we know fully well that the devil did not just stop at three temptations for our Lord. The goal was simple: get Jesus to give into temptation and then it’s game over, for Satan wins. If Jesus gives into temptation, then He sins and everything He does after that is pointless and meaningless, because everything He would do would be tainted by sin.

You have to give credit to Satan. What better time to go after the Son of God then when He was only for forty days with nothing to eat. Satan knows how to do it: go after Jesus at His weakest and lowest point. Lest we forget, Jesus is also full man and Satan is going to use that fact against Jesus, with the ultimate goal to wear Him down to the point that He gives into temptation.

The first recorded temptation from Luke comes in the form of food. Jesus has gone without food for forty days and to say that He was hungry was an understatement. He faces this temptation at a point where He was alone, arguable the time that we are weakest, the times we aren’t gathered together as the body of Christ.

He refuses to use His power to secure His own survival. Jesus is famished, and the devil invites Him to turn “this stone” into bread. The devil invites Jesus to use His power to meet His own needs, to insure His own survival. Responding, as He will each time, with a text from Deuteronomy, which was addressed to Israel in the wilderness, Jesus replies, “Man shall not live by bread alone.” Like the people in the wilderness who lived on manna, Jesus affirms that dependence on God and obedience to God are more important than securing one’s own survival. People can in fact suffer “death by bread alone,” as is clearly evident in our consumer society. Jesus says no to making His own survival the top priority and to using His power to meet His own needs. And if He had not said no, if He had pursued His own survival, there would have been no cross.

Second, the devil invites Jesus to use His power to establish a political empire grounded in the ways of the world. Jesus can have all worldly power, which has been given over to and belongs to the devil, or so he claims, if He will simply worship the devil. But once again, the devil makes a claim that he cannot back up.

First and foremost, to serve the devil in this way would be idolatry. To take this path would set Jesus on the way of the world rather than of God. Secondly, Jesus already has the authority, for so He declares, “All authority in heaven and on earth has been given to me.” Once again, Jesus returns to God’s Word, namely Deuteronomy when He says, “You shall worship the Lord your God, and him only shall you serve.”

Notice what takes places in this temptation. God gives unconditionally, while Satan gives conditionally. God gives and is then worshiped, while Satan must have the worship first. But Satan’s promises are lies. He promised Adam and Eve that they would become like God and they didn’t. He promised Judas thirty pieces of silver for betraying Jesus, and in the end, Judas threw the money away.

This temptation is still around today. The devil readily tells us that we can be at peace with all people. All we need do is surrender our faithfulness to God’s Word. So what if not everyone agrees with the Bible one hundred percent. The important thing is that we all get along, right? As long as we make this a better world where everyone is happy, we’re all good, right? That’s the important thing, worshipping the true god is not really that important. That is what’s behind Satan’s temptation. Why worship God when you can worship Satan?

The final temptation Luke records sees a different twist. In the final temptation, the devil put on the robes of the preacher. He quoted from the Word of God, but He only quoted the words that suited his purpose. He begins by first questioning whether or not Jesus is truly the Son of God. The devil quoted from the very psalm that we used in the Introit for today, Psalm 91, but he left out words that change the meaning of the passage. In this way, the devil changed the psalm from God’s promise to protect us into God’s permission to do stupid things, like jump from the pinnacle of a very tall building.

By jumping off the temple and having God’s angels protect Him before the eyes of all the people, Jesus could give the people dramatic proof of who He is; He could give them the kind of Messiah they want and avoid misunderstanding and rejection. But again, Jesus says no. He will not test God in this way; he will not try to use God for his own ends. Faithfulness and obedience to God are more important than effectiveness. And again, if Jesus had not said no, if he had used God for his own popularity and success, he would not have been crucified.

We come to the end result of all of the temptations: “And when the devil had ended every temptation, he departed from him until an opportune time.” This means that the devil did not depart forever, but only until an opportune time.  The devil tempted Jesus over and over again.  He did not quit until Jesus was dead. Jesus’ resistance to the temptations of Satan, which begins immediately following His Baptism, will lead to His crucifixion. Every temptation was fought with the Word of God. Even as Jesus died, He fought off the temptation with the Word of God, for His last words were a psalm: “Into your hand I commit my spirit.”

Share | Tweet | +1 | print | email
Categories: Lent, Sermons
Disclosure of Material Connection: Some of the links in the post above are “affiliate links.” This means if you click on the link and purchase the item, I will receive an affiliate commission. Regardless, I only recommend products or services I use personally and believe will add value to my readers. I am disclosing this in accordance with the Federal Trade Commission’s 16 CFR, Part 255: “Guides Concerning the Use of Endorsements and Testimonials in Advertising.”