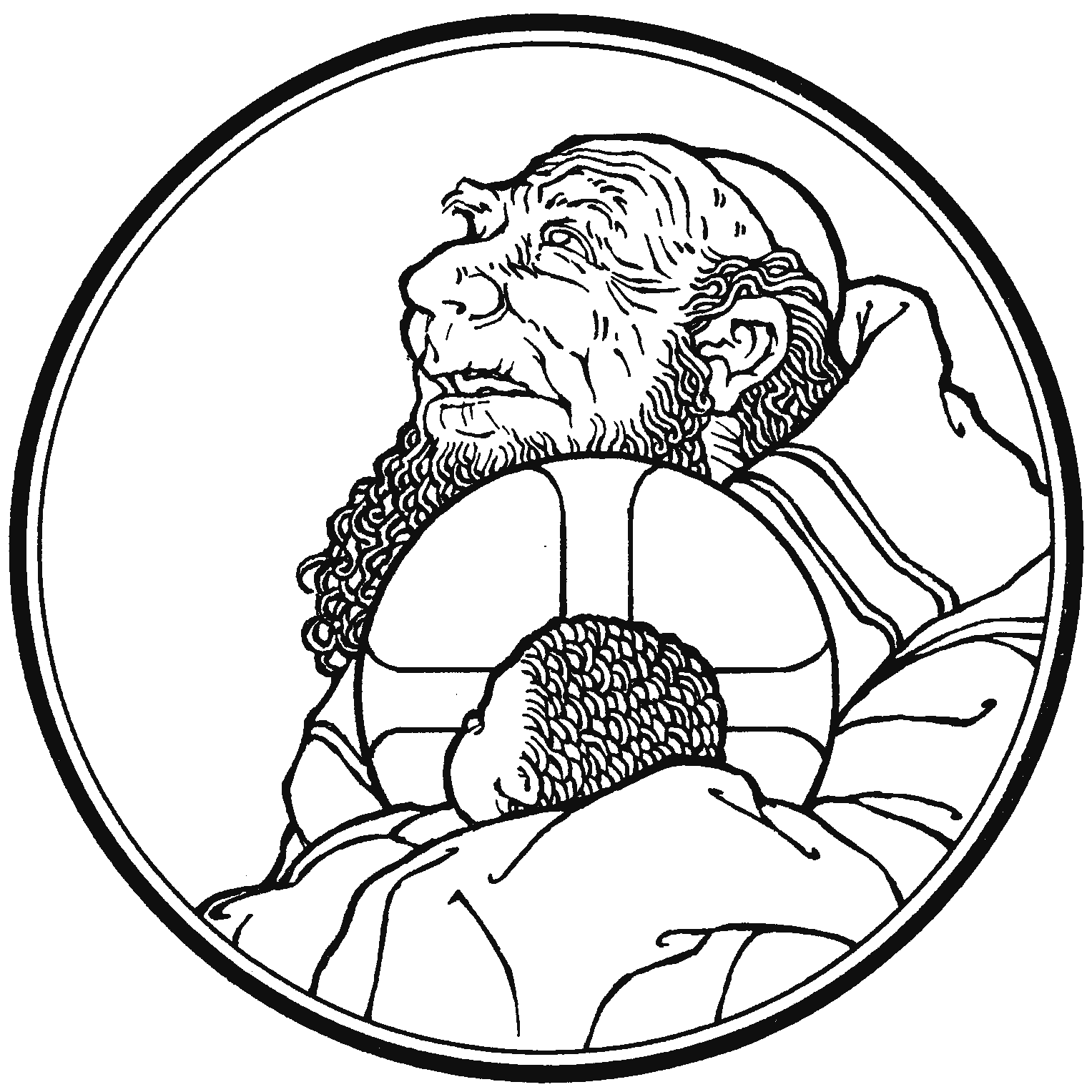 Here’s a question I doubt that you’ve asked yourself lately, or possibly ever – are you ready to die? I mean, right now, while sitting in the pew, what if you died? I doubt that many of you would say that you could die right now, but here’s the thing – you should be able to say that! As a Christian, as a believer in Jesus Christ, you should be perfectly fine if you died right here, right now.

Turning to our Gospel reading for today, we see something happen that isn’t out of the ordinary – parents bringing their child to the temple for the rite of purification. Mary, because she had given birth, needed to be made ceremonially clean. The Child that was born also needed to be presented to the Lord and a sacrifice made on His behalf. Like I said, that’s not unusual. In fact, that is according to the Law of Moses and the Law of the Lord. That’s something that happens all the time so seeing that take place is no big deal. But, in fact, it is a big deal because of who the sacrifice is for.

Ironically, a sacrifice was being made on behalf of Jesus. Though this was according to the Law of the Lord, it was out of place. “Every male who first opens the womb shall be called holy to the Lord.” The fact of the matter was that Jesus was already holy to the Lord, for He is the God incarnate. The sacrifice for such thing required “a pair of turtledoves, or two young pigeons.” This was an alternative sacrifice, for according to Leviticus 12, the sacrifice is a lamb or two turtledoves or two pigeons. This helps us to understand that Mary and Joseph were indeed of a humble state, given that they were too poor to be able to afford a lamb. Here is a great reversal – no lamb was necessary because already here at forty days old, Jesus is the lamb brought to His temple for sacrifice.

And so we meet a man named Simeon, “and this man was righteous and devout, waiting for the consolation of Israel, and the Holy Spirit was upon him.” Luke says he was righteous and devout. That meant he could probably be found at the temple daily, making sacrifices and the like. He wasn’t a religious leader, but rather a religious follower. But Simeon wasn’t a follower of the religious leaders of the day. Instead, he was a follower of God and of His promises. Luke records, “And it had been revealed to him by the Holy Spirit that he would not see death before he had seen the Lord’s Christ.”

We know that Simeon was old, but that he was not going to die until God had kept His promise. After today, Simeon could do just that, die. Taking Jesus into his arms, he speaks the most wonderful hymn the Church could sing: “Lord, now you are letting your servant depart in peace, according to your word; for my eyes have seen your salvation that you have prepared in the presence of all peoples, a light for revelation to the Gentiles, and for glory to your people Israel.” The only thing missing from that hymn is an amen, a yes yes, let it be so.

Now, Simeon could die in peace because he has not only seen the promise of God but has also held the promise. There is no more waiting. Here is the promise, a promise for all people. Because of this promise fulfilled, you can die.

We can all say, along with Simeon, “Lord, now you are letting your servant depart in peace, according to your word….” God made a promise and God kept a promise. Despite the length of time it took for that promise to come to fruition is irrelevant. The only thing that matters is that God did indeed keep His promise. It is only because God kept His promise that we are able to die in peace as does Simeon.

This Child named Jesus wasn’t just for Simeon and He’s not just for you either. As much as we like to have Jesus all to ourselves, Simeon doesn’t say that this is our own, private Jesus. Instead, he says that this salvation has been “prepared in the presence of all people, a light for revelation to the Gentiles, and for glory to your people Israel.” You see, this Jesus is meant for people that shouldn’t be meant for. This Jesus is for the Gentile, for the one who is not Jewish, not part of God’s chosen people. Despite our wanting to say that Jesus is for me and not for you, that’s just wrong, for Jesus is for all people.

Paul, in his letter to the Galatians says the same thing as Simeon does, just in another way. “When the fullness of time had come, God sent forth his Son, born of a woman, born under the law, to redeem those who were under the law, so that we might receive adoption as sons. And because you are sons, God has sent the Spirit of his Son into our hearts, crying, “Abba! Father!” So you are no longer a slave, but a son, and if a son, then an heir through God.” Simeon waited until God saw fit to make good on His promise. He sends Jesus, who is under the Law to fulfill the Law and redeem us. By His death on the cross, we are made sons and heirs of God. It means all that He has, we have. It means that we have His holiness because Christ grants us holiness. It means that we are perfect because Christ has made us perfect. It means we receive everlasting life because Christ is everlasting life.

We don’t know what was in store for Simeon after he left the temple. We don’t know how long Simeon lived or how quickly he died. We don’t need to know because it doesn’t matter. All that does matter is that Simeon saw the promise of God fulfilled and could now depart in peace, knowing that God kept His promise of salvation.

Like Simeon, you behold your Savior today. You don’t see tiny toes and a hairless head; you observe a man preaching and then see bread and wine. But faith tells you this: God keeps His promises. His Son has come, died and risen, as promised. His Son is here, in these means, to forgive, as promised. You know this by faith, not by sight.

So what is in store for you and me? Will it be a long life lived or will God call us home tomorrow? As much as we want that long life lived, it really doesn’t matter. The only thing that matters is this: God has made a promise and God has kept His promise. He has sent forth Jesus just as He said. He grants to all who believe forgiveness of sins and everlasting life. You and I are ready to die, for we have seen the salvation of our God made full in Jesus. The only thing left for you and I to do is sing: “Lord, now lettest Thou Thy servant depart in peace according to Thy word….” In Jesus’ name, amen. Now the peace of God that passes all understanding, keep your hearts and minds through faith in Christ Jesus, amen.